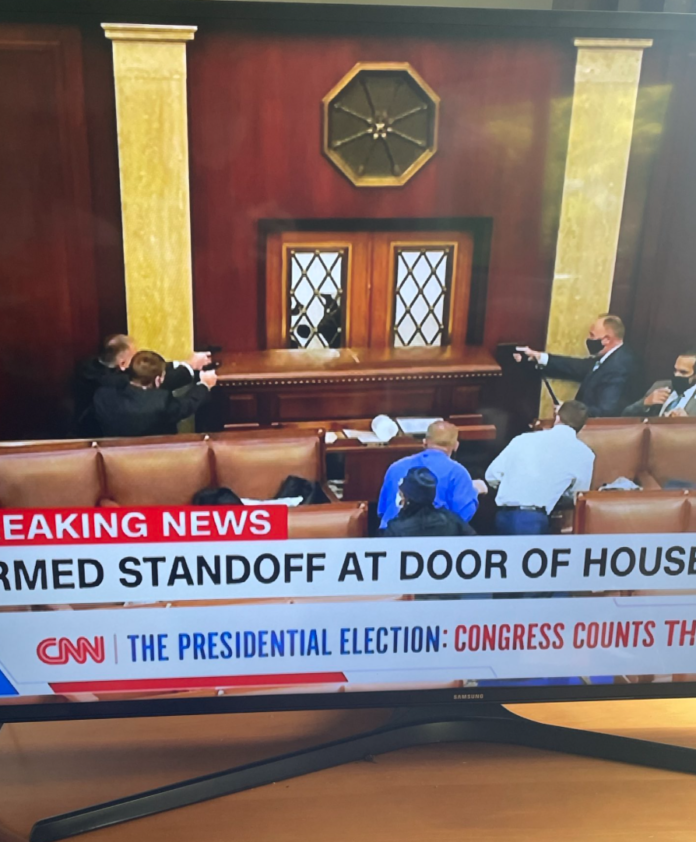 The shocking insurrection today was unprecedented.

Not since the British stormed the capital and burned it in 1812 has America seen such images.

Trump’s insane rant where he implored his Qanon fanatics to ‘fight’ and ‘never give up’ before telling them to march to the Capital Building was the spark to this event.

His weeks of lies about the theft of the election alongside his 4 years of malice, deceit and obscene cruelty built todays unprecedented scenes but it would be utterly wrong to lay all of this on Trump.

Trump was enabled, empowered and supported by Fox News, gutless Republicans and social media networks that have, via algorithms, sold conspiracy bullshit to the clueless for profit.

No one watching todays chaos could help but compare it to the manner in which Black Americans are treated by Police, white privilege never looked so jarring.

Here are Police taking selfies with these fanatics before all hell exploded. 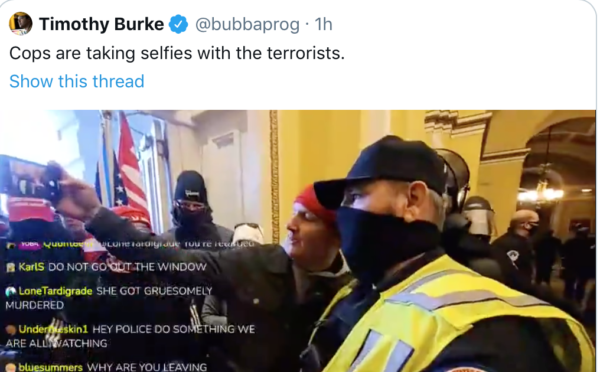 In the words of Rage Against the Machine, Some of those that work forces are the same that burn crosses.

The horror is what else he is capable over the remaining 13 days of his toxic regime.

This is Trump’s legacy, but let us never forgive those who have enabled him.