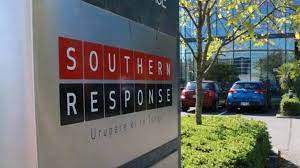 Earlier this morning Minister David Clark confirmed the Government will now settle this class action. Government now proposes a settlement package to those policyholders who settled with Southern Response prior to 1 October 2014.

As Representatives of the 3000 class members, Brendan and Colleen Ross welcome the Government’s decision as it signals the end to a long and difficult saga.

“This is a huge success for all policyholders,” said Brendan Ross, “and it confirms the benefits of class actions as a means of achieving justice. When ordinary Kiwis unite they can hold to account powerful corporations or even government, and that’s certainly been the case here”.

The Supreme Court has directed that any settlement must be approved by the High Court and so Mr and Mrs Ross will carefully scrutinise the Government package to ensure that it fairly compensates all class members for their losses, and that it is fair and reasonable for all 3000 class members.

Mr and Mrs Ross now look forward to working closely with Southern Response to finally resolve this matter for the benefit of all class members.