The government issued a response letter to the open letter which now has support from 70 organisations in New Zealand, calling them to lift benefits and low incomes to liveable levels before Christmas.

In their response they outline what they’ve achieved, which we know here at Auckland Action Against Poverty isn’t enough to meet the urgent needs of the communities we serve.

“It’s disappointing and extremely frustrating to be gaslighted by the government” says Brooke Stanley Pao, the coordinator for Auckland Action Against Poverty.

“We’re well aware of what they’ve implemented and we’ve been saying it’s not enough. The letter dismisses the lived experience of everyone on a benefit, everyone who has spoken out and shared their story and received public backlash for it, all our young people who have left school to help their families out because of Covid. At this point it’s institutional gaslighting and people are exhausted.

“The letter talks about their commitment to building more public housing, when the public housing waitlist is at 20K households, the average rent in Tāmaki Makaurau (Auckland) is about to hit $600 before the end of the year and it’s already at $625 in Porirua. They need to commit to building enough public housing to house the waitlist and all those struggling with private rentals.

“According to the September quarter benefit statistics, Northland is in greatest need as they’ve seen a 12% increase in people seeking the jobseeker benefit compared with the 2019 quarter. They also have the highest proportion of the working age population receiving Sole Parent Support. A total of 606,424 hardship assistance payments were granted during the September quarter, up from 50,194 last year. Many of these are support for food grants and essential needs. The situation is urgent, and needs addressing now.

“In the letter it mentions the government is proud of what they’ve achieved, but it’s very different to what people are experiencing on the ground. Jacinda Ardern, Carmel Sepuloni and Grant Robertson are all people who don’t have to live or be directly affected by the impacts of their decision to choose to keep people in poverty. I bet they don’t even know anyone in their direct circles who are receiving welfare support.

“We’d like to invite Jacinda, Carmel and Grant to meet with us at Auckland Action Against Poverty, to talk about how disappointing their response is and to address the needs of the people and families we work with.

“We’re staunch in our belief that everyone should have what they need in order to thrive and the things we’re fighting for are essential human rights. Everyone should have the protection of secure and affordable housing, along with enough resources to ensure themselves and their children aren’t left behind. We don’t want our communities to be continuously ignored. If they don’t urgently address the needs of the people and families we work with then the poverty crisis will be a part of the Labour government’s legacy.” 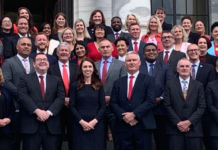 2 Months on from winning 2020 Election – what is the NZ political landscape? 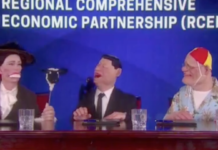 MEDIA WATCH: Thank God for Spitting Image satire because NZ is incapable of being this funny 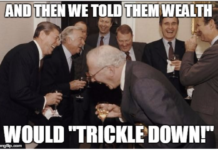 Grant Robertson has been forced to lift a finger! HE’S WRITTEN A LETTER!