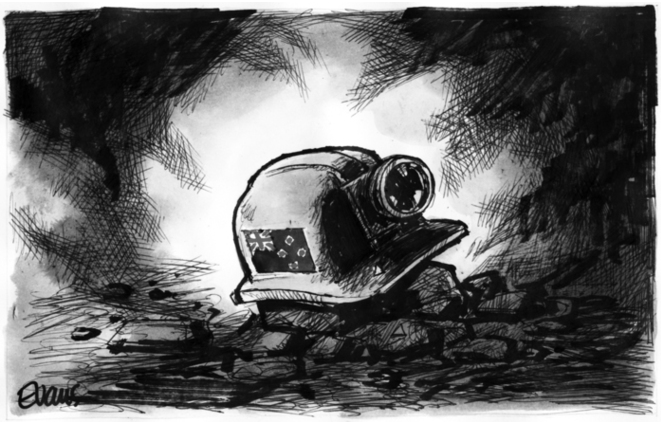 And so we are here.

10 years to the day since Pike River.

The disgust at John Key lying to the families about bringing home their dead boys.

The obscenity of National attempting to concrete over the Mine so that it could never be investigated.

The fury at how the company was able to get away with corporate manslaughter and no one was held to account.

The shock realisation that there was no real safety regulation in effect.

When National & ACT scream about red tape, remind them it’s stained red from the blood of the workers who died on the job.

Pike River is a neoliberal monument to deregulated corporate manslaughter. It’s a testament to the ongoing deplorable rate of death amongst NZ workers, it’s a solemn promise that little will ever change under the neoliberal State.

While the toothless middle class Unions wring their hands, while the Labour Party only vaguely acknowledges its own role in the lack of legislative cover, and while the Political Right call for more deregulation, those 29 men still lie cold cursed under a mountain.

We should all feel ashamed at what was revealed at Pike River, we should all feel mortification that workers died and continue to die because of the WorkSafe cult of individual responsibility over collective unionism.

We should all understand Pike River was the price we paid for not having Universal Unionism.