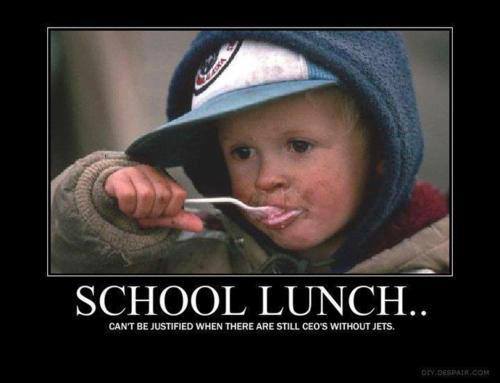 As the school nurse at Auckland Seventh-day Adventist High School, Joanne Longstaff sees a lot come through her door.

There are the kids with shoes falling off their feet – dad’s church shoes, two sizes too big – and the ones with shoes held together with tape.

Even before Covid-19 hit, she found a lot of children were coming in to her office with headaches from dehydration, stomach cramps, lethargy.

But they weren’t ill, she said: “I was finding they were just hungry kids.”

There was an easy solution to child hunger in schools – it was called the ‘Feed the Kids Bill’ that MANA put forward, but ‘Kiwis’ rose up on their hand legs and screamed,

Middle NZ made it very clear that they were comfortable with hungry kids at schools, despite the ingrained poverty, despite the impact of neoliberalism on locking some people into poverty, despite the pittance it would cost to ensure kids were feed and could learn – now its left to token programmes by Labour and corporate charity ‘Kidscan’ who make money from this desperation.

KidsCan never sat well with me.

A private charity that raises huge money to do the things the Government should really be providing? I’ve always seen KidsCan as a symptom of broken social policy rather than the solution to child poverty.

After the ‘Feed the Kids Bill’ was killed off, KidsCan was constantly trumpeted as the way we could all pretend we’d done something meaningful on child poverty, so them not gaining any new funding sounds like the first step in resetting the obligations and responsibilities of the State.

It wasn’t just an ideological issue with KidsCan that was troubling, the culture within KidsCan was also problematic. A vicious staffing dispute in 2015 revealed...

Former operations and programmes manager Clive Young, now 63, says events at the charity before he was made redundant were not normal. He says he and others at the charity had concerns about management and spending – issues which were both raised at the trial. “You’re a charity,” he says. “You’re using donated and government money. Some of the things we saw didn’t sit well and so we questioned it.”

Some of the concerns were spending decisions. As an example, Mr Young points to the use of Corporate Cabs. It’s not the cheapest taxi option but it was the charity’s chosen mode of transport. He criticises travel bookings which saw cheaper airfares missed because of poor planning. Concerns were not only how money was spent, but what it was spent on.

There was concern about efforts to avoid public criticism over the costs of running the charity. KidsCan had suffered such criticism for its Big Night In telethon where it was claimed 86 cents in every dollar donated went on administration. The sensitivity is such in the charity sector that Mrs Chapman said in a recent interview: “I am proud to say that for every dollar spent in the last three years, 80 cents or more has gone directly into our programmes for children.”

Mr Young says during his time at KidsCan there was a “reallocation” of budgets which improved the appearance of administration spending. For example, he says his “programmes” budget partly carried the cost of $90-an-hour marketing and fundraising general manager Jan Clark. “Freight, stock – that’s a programme cost but not consultants.”

…long champagne lunches on the Waterfront and parties with taxi’s home to Albany for everyone seems to be at odds with the grim reality of child poverty.

KidsCan has been lauded because it stepped in when the Government refused to do anything meaningful and that was acceptable to the majority of NZers who argue that free lunches or shoes or raincoats from the State will let parents off the hook.

It’s time the State stood up and took on these obligations, relying on a Charity that has some problematic culture issues doesn’t seem like a solution.

Hone Harawira and MANA were right then, and they’re still right now!

It’s time to Feed the Kids you selfish pricks!