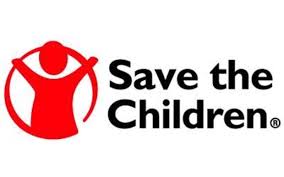 Save the Children New Zealand has joined a super group of more than 50 unions, children’s organisations, service providers and church groups calling on the Government to raise benefit rates before Christmas.

The NGOs have signed an open letter addressed to PM Jacinda Ardern, Minister for Social Development Carmel Sepuloni and Minister for Finance Grant Robertson stating the situation is urgent.

“With more Kiwi families facing unemployment or reduced employment due to the impact of COVID-19, it’s vital we raise benefit rates to meet the needs of Kiwiwhānau and tamariki,” says Save the Children New Zealand’s Child Rights Advocacy and Research Director Jacqui Southey.

“Research tells us that family incomes are directly related to education, health and social outcomes for children. Current benefits are not enough to cover the basic living costs of families, let alone those under increased pressure caused by job losses or reduced hours due to COVID-19.

“Despite our different circumstances, we share a responsibility to make sure everyone in our country has a decent standard of living and the same chances in life – especially as we head into the holiday season.”

The open letter lists record breaking unemployment increases, and the surge in demand for emergency hardship grants and youth homelessness support as reasons for the government to increase income support rates.

The open letter finishes by stating “Before the election, the Labour party has consistently said there’s more work to be done to lift families out of poverty. You now have the mandate and opportunity to do so. Please increase income support before Christmas.”

Other signatories to the open letter include Barnardos, Child Poverty Action Group and Tick for Kids.