The steady rise of conspiracy theories spread on social media platforms risks undermining our society while creating a toxic polarisation and we see external powers manipulating debate on social media to influence elections. This all means that Public Broadcasting is becoming essential for the well being of our democracy.
We have a market failure in Public Broadcasting and we need to think of a TVNZ-RNZ merger as the spine of our public broadcasting body alongside a NZ on Air targeted journalism fund to ensure plurality of voice while also educating the public on fake news.

1 – RNZ-TVNZ merger – the spine of our public broadcasting vision.

This fund would be where Facebook and Google tax goes to. In a world of disinformation, we need journalism we can trust. We all get the ‘swim between the flag’ model of surf life saving, NZ on Air should be given extra funding for ‘Read between the flags’ Kiwi Journalism. This money is to ensure plurality of voice for independent media, Māori media, specific communities,  news blogs and mainstream news media who become eligible if they agree to a set of Journalistic Principles. If you do agree and sign up, you are entitled to funding and must have a Kiwi Journalism flag on your site to show you are obliged to the Journalistic Principles Code of conduct.

4 – Promoting Journalism in the Pacifc to counter other influences

Māori TV & Māori Radio need a baseline increase rather than extra budget for collaborations because the bigger players give very little back.

The NZ population has always been too small for advertiser funded journalism, it has ALWAYS needed State support, add a broken market where social media takes all the revenue while providing none of the journalism and you have a hollowed out Fourth Estate that can’t be a watchdog to anything other than their own self interest.

It’s the same people saying the same thing to the same echo chambers.

The last election was a warning that disinformation campaigns can wreck the trust in our system, a strong public broadcaster like a merged RNZ-TVNZ alongside an expanded NZ on Air journalism fund paid for via taxes on the social media currently gutting traditional journalism would be a bold vision that would seek to genuinely rebuild public broadcasting. 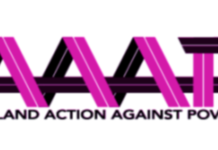 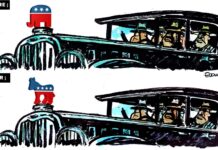 Jacinda’s NeoKindness smacks down beneficiaries and disappoints the Left again