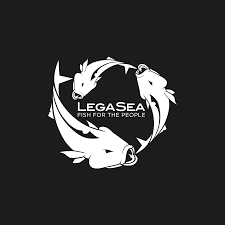 Recreational marine fishing groups including LegaSea and the New Zealand Sport Fishing Council are calling on the newly elected government to address serious issues such as fish dumping, environmental damage from bottom trawling, and the need to restore fish stocks to healthy levels.

The groups have initiated a new public awareness campaign to highlight the lack of clarity in fisheries data, which is stopping New Zealanders from being rightfully outraged by what is going on.

LegaSea spokesperson Sam Woolford says it is important that Kiwis get behind the campaign to hold the government to their pre-election promises.

“There are no excuses left for the government. They promised us they would rebuild any overfished stocks. However a major flaw with the Quota Management System is that 56 percent of targeted fish stocks have never been scientifically assessed, so we have no idea if they are overfished,” says Mr Woolford.

Even when fisheries have been found to be overfished, the groups are concerned that no meaningful measures have been taken to restore stocks in a reasonable timeframe.

Bob Gutsell, President of the New Zealand Sport Fishing Council, says the current status of tarakihi is a prime example of mismanagement.

“In 2018 research found that the tarakihi stock on the east coast of New Zealand had been so heavily exploited that there was less than 20 percent of the fish stock left in the water. More than 80 percent had been fished out.

“We called for a 10-year rebuild, in alignment with official guidelines for depleted stocks, yet the Minister agreed to a fishing industry plan that may take another 25 years before we see an acceptable, abundant fishery.

“So at least one generation has already missed out on reasonable access to tarakihi and now we are expected to wait another generation before we might see more tarakihi in the water. This is not good enough,” says Mr Gutsell.

Bottom trawling is a destructive fishing method that has been used to target small tarakihi and breeding masses of fish. Cameras onboard commercial fishing vessels would assist with monitoring activities at sea and wastage. Labour has promised to take an ‘ecosystem based management approach’ to looking after NZ’s marine environment and the groups are determined to hold them to their commitment.

“The government must act now to protect our fish stocks and the marine environment that is vital to their survival,” says Mr Gutsell.

LegaSea and the New Zealand Sport Fishing Council are calling for wholesale change to fisheries management and have proposed an alternative to the Quota Management System.

The Rescue Fish policy seeks to ban bottom contact fishing methods such as trawling and dredging from inshore waters. The policy also promotes electronic monitoring, including cameras, on all but a few small commercial fishing vessels. This would help to protect sensitive nursery areas, restore fish numbers and ecosystem function.

“We have to shine a spotlight on what is going on because the public has lost confidence in fisheries management. They’re not sure what’s going on because they are continually told that the quota system is world leading, while the data showing that our fish stocks are in trouble is often hidden from view. Now we know the truth the new government has nowhere to hide.

“The status quo is no longer acceptable. A lot of families are struggling post Covid-19 so a better managed fishery would also provide food security for many of our most vulnerable families.”