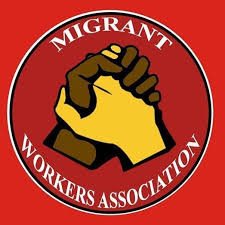 “The voters have booted the racist New Zealand First party out of parliament. Winston is no longer an anchor on the government’s progress. Now Labour and the Greens must Go Hard, Go Early for Migrant Rights.”, says Anu Kaloti for the Migrant Workers Association

“Let’s gather to fight for our right to live in Aotearoa with dignity.

“Newly elected Green MP Ricardo Menéndez March, a migrant rights and anti-poverty activist, will be one of the speakers. Labour’s new migrant MPs have also been contacted, but none have yet confirmed.

“Anu Kaloti from Migrant Workers Association will be MC.”