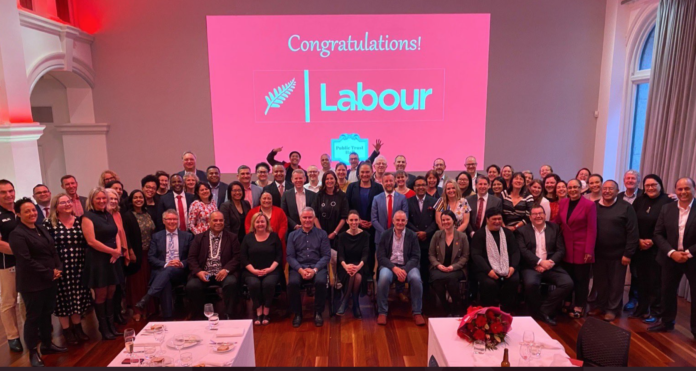 Can a party win too many seats? Is a majority in Parliament a blessing or a potential disaster? The rule of thumb operating since at least 1984 is that parties should have at least half their MPs involved in the executive work of government. The Executive is all those involved in the Cabinet and working under the rules of Cabinet collective responsibility. For the uninitiated, these means that whatever happens in Cabinet, all Ministers are bound by the outcome. A handy little tool, but morally inferior to consensus!

In order to protect against the possibility of a caucus revolt (backbenchers opposing decisions of Cabinet at caucus level), the conventional wisdom is that the Cabinet (and its various Ministers outside of Cabinet, and under-secretaries) should always be able to outvote backbench members.

This is crucial in a time of policy dispute within a party.  Of the 1984 Labour Government, Colin James correctly wrote:

But Jacinda has made it clear that she intends to govern by consensus, and will therefore rarely use the ‘fish and chip brigade’ approach.  And if the heart of that consensus is her own MPs, then the more the merrier.  There is a risk to the leadership only if they diverge from the stated programme in some radical way.

That said, there needs to be consideration of how the huge Labour caucus can be utilised during this term.  There are only so many places on select committees and the available spaces are going to have to be spread thinly to give everyone a place.  Having new backbenchers loping around with nothing to do is not a good idea, especially not for team-building purposes. Backbenchers need to be kept busy and engaged.

Is there a potential solution for the ‘team of 64’?  Just a few thoughts.

Starting from the top, there is a clear case for expanding the size of Cabinet to 24 (even if it will be a bit squished on the 8th floor – they should consider moving to a larger room, also a symbolic move).  There are two reasons: the government has a large and ambitious programme; and it needs to demonstrate gender and cultural representation.  Thus 12 women, 3-4 Māori and other groups.

In addition, the last term saw six ministers outside of Parliament – three Labour, three Greens.  These are useful people: highly engaged in Cabinet work and bound by collective responsibility, without the right to attend Cabinet. Six of these MPs seems like a good number, and will bring the total number of Ministers to 30.

As an aside, there is no definitive answer to whether the Greens should join the government as full coalition partners.  I think, on balance, they should join and Labour should welcome them in. But I worry that the Greens will not be treated with the respect a Coalition partner should receive, namely three good Cabinet placings including Deputy PM. Jacinda will obviously yearn for the latter position for her own Deputy, but treating the Greens well now will improve their loyalty later, if testing times emerge (as they will).

So that leaves just over 40 government (Labour and Greens) backbenchers to Chair and be members of select committees. There are around 12 such committees, plus a number of business committees, so a dozen more people can be rewarded with Chairs and each MP should be on 1-2 committees. With 35 MPs and no ministerial responsibilities, National will still have plenty of people to do the business of the House, and, you never know, having to work harder may bring about a more cohesive caucus.

So these are the issues facing Jacinda and other leaders as they work to construct a parliament that enables Labour to implement its programme. What to do about all the other problems, such as dealing with such a grumpy, bullying opposition (if their performance on the hustings was anything to go by), I do not know.

No I will not choose my dream cabinet in this blog. I don’t know most of them well enough.  But I note there is plenty of talent, old and new. When I had a little go I was stumped by not wanting to demote some people while wanting to promote a lot of others.  Hah!  I am glad it is not my role.