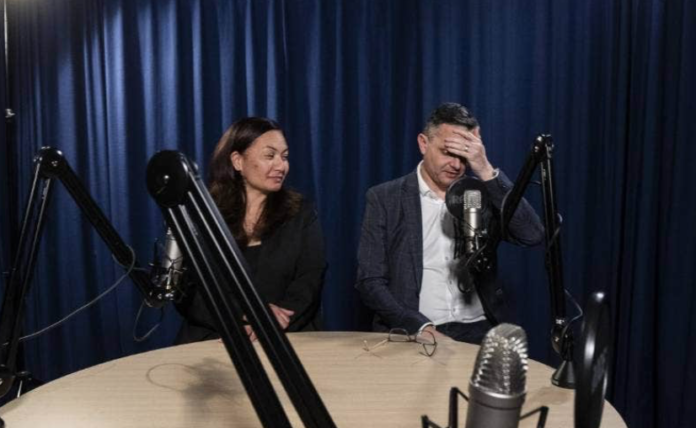 With a huge Caucus, Jacinda needs the room in her Cabinet for Labour aspiration, not Green aspiration and will only throw Shaw the scraps of Climate Change Minister.

It’s becoming clear Jacinda see’s her loyalty towards the new National voters, not her own Labour supporters…

And while neither side will be drawn on the chances of a formal coalition, it seems unlikely given Ardern’s comments about Labour’s mandate to govern alone and her wish to respect National supporters who may have ticked red for the first time.

…Does the current Green Leadership team have the tactical smarts to make the next strategic moves? Oh fuck no, totally expect them to goose this up. Nothing progresses until Chloe is the new co-leader.

Chloe must now replace Marama as co-leader of the Greens and she must be given the space to stamp her own leadership on the Party by refusing to join Labour and immediately transition into an Opposition Party because 2023 will see the electorate demographics change to ones that support the Greens, not Labour and the spike in climate change events  alongside Labour’s cautious foot dragging will set the Greens in a position where they can double their current votes as the electorate gets more and more impatient with Jacinda’s neokindess.

What’s the point of kindness if it can’t stop climate change and suffering?

Chloe’s genuine transformative vision is the Jacinda we wish we had.

Chloe is a future leader of the UN.

Jacinda knows she can bully and con the current Green leadership into accepting any bullshit deal to gag them for 3 years, but she knows those threats won’t work on the next gen Green MPs who will be far more critical and willing to fight Labour.

The Greens are at a cross roads now, they either walk from Labour and fight the next 3 years as the Opposition focused on climate change and social injustice by constantly highlighting Labour’s shortcomings or they stay shackled to neokindness.