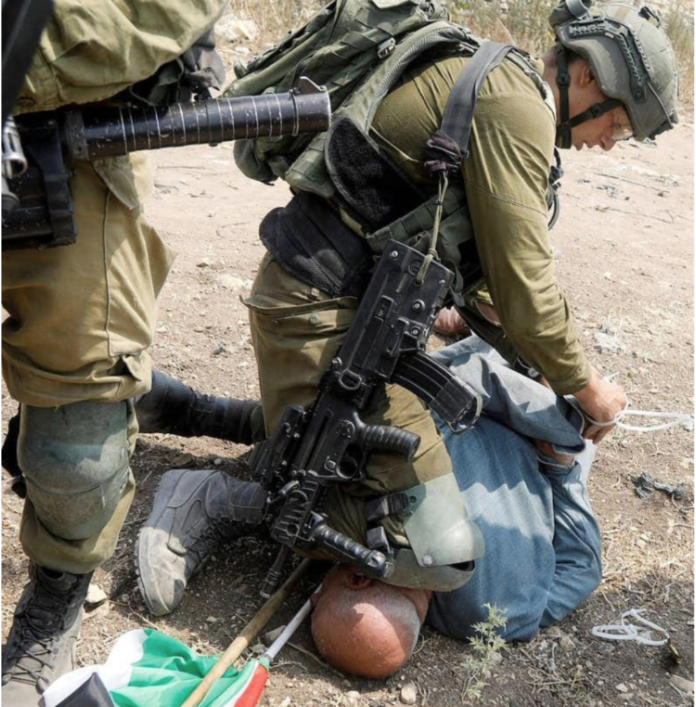 The poor man. George Floyd brutally assaulted by an American policeman, earlier this year. This shocking story galvanised the world to protest  the brutality of militarized American police especially against African-Americans. Let’s hope it caused white Americans to realise that their own society needed transforming.

Those are Israeli police and the elderly man in the photograph,  is Khairi Hanoun, a Palestinian farmer. Walking with a cane, carring a Palestinian flag,  he was protesting the further expansion  of Israeli settlements on Palestinian land.

Oh well. That’s what happens over there. We expect the Israelis to be violent. They always have been. After all, “Israel has to defend itself’, a mantra we’ve been hearing for decades: defend itself from Palestinian farmers, fishermen, men, women and children, from grandmothers, little brothers and baby sisters.

Something happened after 9/11. It was decided that the whole kaupapa for  law enforcing  needed to be transformed from community policing to militarized policing.

Not that police weren’t already heavy-handed in their dealing with the public,  especially   African-Americans .

Police departments needed to be trained to regard the public as the enemy, an  enemy to be handled violently.

American officials were faced with a problem: how to indoctrinate police departments to accept, and even approve, of  this new direction.

Go to the experts!

Israel has a thriving industry, exporting its tried and proven techniques of subjugation.

Jewish Voice for Peace (JVP), an American human rights NGO has published a carefully researched eye-opening, document, Deadly Exchange, explaining how American enforcement officials are trained by Israelis. Please visit their website. You can download the document for free. It’s an important insight  into trying to understand what America is like today. 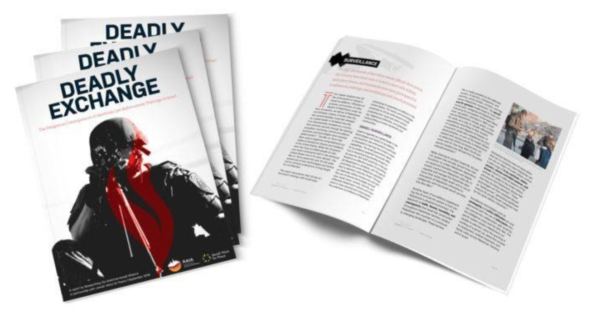 I assume New Zealand police aren’t trained by the  Israelis. Let’s hope not.