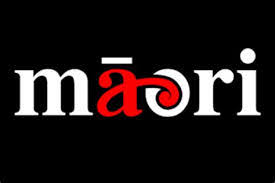 Māori Party Co-leader and Te Tai Hauāuru candidate Debbie Ngarewa-Packer is disappointed with the Te Tai Hauāuru results but is congratulating Rawiri Waititi on his likely win in Waiāriki and is celebrating the probable return of the Māori Party to Parliament.

“I congratulate Jacinda Ardern on her big win tonight and Adrian Rurawhe for winning Te Tai Hauāuru. I look forward to working with the Government to advance the interests of Te Tai Hauāuru,” said Mrs Ngarewa-Packer.

“While I’m disappointed that we didn’t win the seat this time, I am thrilled with Rawiri’s likely win in Waiāriki and the probable return of the Māori Party to Parliament. Rawiri is a phenomenal leader and I can’t wait to see what he achieves on behalf of our people – I will be right there supporting him from the outside.

“I’m not going anywhere. I will be staying on as Māori Party Co-leader, and I make a commitment that I will be standing in Te Tai Hauāuru again in 2023, and that next time we are going to win.

“I couldn’t be prouder of the campaign we’ve run that has released a series of transformative social and environmental policies, engaged with thousands of whānau right across Te Tai Hauāuru and restored belief in our movement.

“We came into this campaign knowing that it was going to be tough and that all the odds were against us. But we also came into with issues of importance to our people – climate justice and seabed mining, inequities and poverty, racism and the Government’s lack of progress on Māori issues.

“We announced a multitude of bold policies that would transform outcomes for our people and our taiao, including on mana motuhake, climate change, incomes, freshwater, education and procurement. Those are policies that we will now work to implement.

“Our Māori Party campaign across the Māori electorates, with our amazing team of seven strong candidates, put pressure on the Labour’s Māori caucus and advanced the policy debate on kaupapa Māori. We have been brave and unapologetically Māori.

“We have rebuilt the Māori Party movement and are humbled by the huge support we’ve received right across Aotearoa. Before this campaign we were written off but it is now clear that the Māori Party will be a permanent fixture in Aotearoa’s political landscape,” said Mrs Ngarewa-Packer.