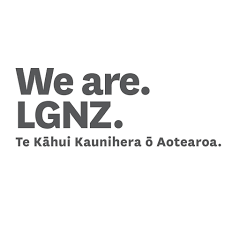 A new survey by LGNZ has confirmed the observation made at last year’s local elections that the face of local government is changing, and shows a significant increase in elected members who are younger, female, more educated and Māori.

LGNZ is the peak body representing New Zealand’s 78 local councils, providing a unified voice for the sector and a pathway for continuous improvement through CouncilMARK™.

“The results of our research confirms what many thought, that there was a real injection of youth and diversity into local government at the last election, which dispels the notion that the sector is solely the domain of the pale, stale male,” said LGNZ President Stuart Crosby.

Over 41% of the successful candidate respondents stood for their first term in 2019, far greater than in the 27% who debuted after the 2016 elections. Additionally the number of candidates who had a graduate degree increased by 5%, to 23.5%, the biggest jump across all levels of member education, followed by those with PHDs.

Māori elected members increased to 13.5% in 2019, from just 5% in 2007. Māori members are also more likely to be younger and female than non-Māori members.

Interestingly, the age groups that have grown the most between 2016 and 2019 are at the extremes. The number of candidates aged 18 to 40 age has almost doubled, and those aged over 71 increased by 4% compared to 2016.

“The research shows that more young Māori are standing up to be heard, particularly wahine, and that is great to see,” continued Mr Crosby.

“Obviously there is still work to do in getting more diversity across the board, but this survey shows really good progress.”

The survey found the motivations of successful elected members varied greatly. Compared to other ages groups, more respondents in the 18-30 age group gave ‘dissatisfaction with the way things are run,’ as a reason for standing, and compared to 2016, there was an increase in those under 40 citing the desire ‘to gain political experience,’ perhaps reflecting an increase in younger members.

“Last year we saw a lot of youth getting involved in political and social causes, for example the school strike for climate, and I think that translated into more young people standing for local government,” said Mr Crosby.

“Even with a lack of civics education in school, more and more young people are seeing local democracy as a way to shape New Zealand’s future.”

The proportion of respondents who stated that their main occupation was being an elected member also rose by from 30% in to 2016 to 35% in 2019.

“Another thing we think is driving younger members, as well as an interest in political and social causes, is that remuneration has increased, and this makes it actually viable for young people to both stand for local government and raise a family. The opportunity cost has been lowered.”

“Traditionally the low pay has meant that local government has favoured the self-employed or retired, but this is slowly changing,” concluded Mr Crosby.

The survey also showed differing motivations for those standing for local government.

LGNZ Principal Policy Advisor Dr Mike Reid, who led the surveys and research, said that overall the results were pleasing, and that he was interested in how they would compare to the general elections.

“As we head into the central government elections, it will be interesting to see how the social and political causes of our time influence the breadth of candidates who both stand, and are elected.”

“We want a broad set of elected members to represent the diverse views of our community. You only have to look overseas where there’s a lack of plurality and a lack of choice in representation, and see that it’s not good for any society,” concluded Mr Reid.