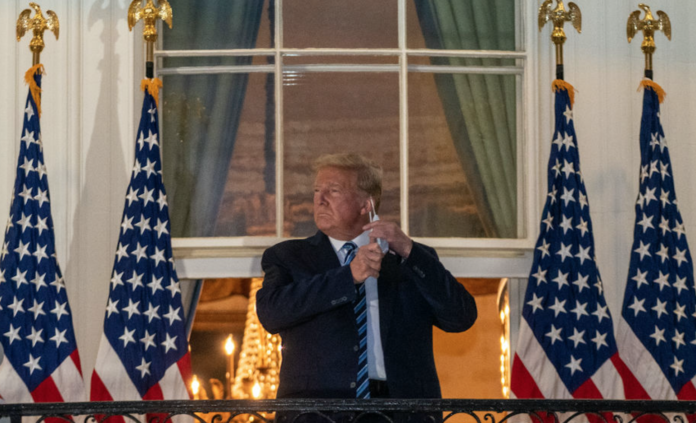 Trump is speaking only to his support base because he needs that base to vote on Election day in huge numbers.

To his QAnon acolytes, white supremacists and angry white working classes, his performance in the debate and in surviving Covid was the classic Trump brand of self inflated ego beer they love to chug.

Trump will ensure his right wing anti-Abortion nutter becomes a Supreme Court Judge while screaming incessantly that mail in votes will be rigged.

On election day, Trump’s mask hating, freedom loving, Kid Rock greasy, Nascar Gun appreciation club and quasi fascist Proud Boys proudly march to the ballot boxes while Democrats stay at home and mail in their vote the dynamics of which award Trump the barest of victories on election night.

Trump will declare victory on Election night and as the mail in votes start to come in, Trump will begin legal battles in every situation to recount or disallow votes.

Trump keeps the legal cases going for 35 days after which the Supreme Court, which he has just stacked 6 to 3 in favour of Conservatives, makes the call.

As the country erupts into anger at the magnitude of Trump’s corruption and out right theft of the election, he ruthlessly enacts emergency powers to quell the riots and calls on his armed militia and military to protect him.

These are dangerous times.