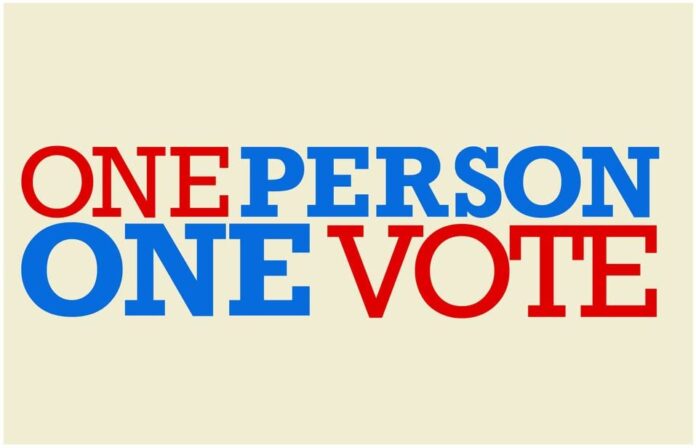 I’ve been super quiet about these elections, but definitely not disengaged. I’ve been watching and listening, contemplating and (with a select few) engaging in deep conversations and debate – not only about who to vote for, but how to vote in the referendums.

I’ve voted Labour before. I’ve voted Māori before, I’ve voted Greens before. I’ve voted Mana before. Now more than ever, it’s important to make our votes count. I’m on the Māori roll. I know who I will never vote for and have not wasted a single moment of my time folding origami tin foil hats to go and listen to their drivel.

I will give my party vote to Greens despite Shaw and because I tautoko Marama Davidson. I’m not looking for perfection, I’m looking for protection. Marama has a proven record of protection.

From the Women’s Peace Flotilla to Free West Papua to Ihumātao just to name a few, she has worked tirelessly for kaupapa that matter to me. Do Black, Brown, Indigenous lives matter to her? More than you know. Sure, the world wasn’t ready for her to reclaim the word “cunt”, but in our circles dropping the “c-word” in our korero is done in context and no one bats an eye, so whatever. Marama has saved the Greens from disintegrating into a wishy washy not-sure-where-we-stand- but-kumbaya- and hakuna matata Party. She is the co-leader that holds the line, prioritizes indigenous knowledge and experiences, leads with compassion, and places herself exactly where she needs to be. She is present where it counts, and equally flies under the radar with purpose. If James Shaw had half the backbone of Marama, the Greens would be a force. So, for her savvy and sass, I’ll give her beloved Greens a party vote tick.

I will give my electorate vote to Māori Party, despite J.T. I need to make that crystal clear – despite John Tamihere being the co-leader of the Māori Party, they have been successful in winning my electorate vote. Is this personal? Yes and no. I don’t know the man. If we have ever met I don’t remember and probably neither would he. So the only information I have available to me is what is in the public arena – that’s all I have to go by. However, my memory is long. We all know that Maya Angelou quote about people forgetting what you said, forgetting what you did, but they will never forget how you made them feel. I clearly remember how I felt after the “Roast Busters” interview back in what, 2013? I also remember the disparaging comments made along the way in his political career, and how his words rubbed me the wrong way. Has he changed, evolved, reflected on these times? I bloody well hope so. As I say, all the information I have is only from what I have seen and heard in the media – behind the scenes he might be a totally different guy whom I might end up genuinely liking, I don’t know. But nope, J.T is not the reason they get my second tick.

In saying that, our Waiariki candidate, Rawiri Waititi, is not particularly someone I feel aligned with either EXCEPT he has been clear, forthright and staunch in his messages and nailed every debate I’ve seen, which I totally respect. I don’t know him personally either, but if it’s true that he’s as grassroots as they come, and if he really is prepared to roll up his sleeves and do the mahi, then yeah, let’s give him a shot. He has talked the talk so I want to see if he can back it up, no excuses, just get it done. My only comment is that he has HEAPS to say; so please bro, if you read this – I want to be reassured that you also know when to hush up and listen. Listening, being observant, responding to y/our people and being present when it matters (and it always matters) is what I value. Do that and you will retain my vote time and time again. You seem like a genuine fulla.

Waititi also has my electorate vote, not because he has done anything particularly outstanding, but simply because Tāmati Coffey has not been present enough in issues pertaining specifically to Tauranga Moana even though he lives less than an hour away. Invisibility and lack of presence has been my deciding factor here. Coffey has a wide smile, is charismatic, is skilled in convivial conversation. He’s palatable for conservative voters – he means well and is probably someone whose company I’d enjoy. The korero would flow easily across the table over a latte, and I’d probably leave feeling good. Meh. I like activism. I like strategising. I like a bit of brimstone. I admire gall and backbone and rebellion. I respect people who say controversial shit, not because it ignites a reaction, but because their words are the truth that others dare not speak. As long as what is being said and done is activated with the blessing and for the betterment of my people – then I don’t mind a bit of contention and dissent. From what I’ve seen of Coffey (which is very little – or very *andrew* Little?) he doesn’t quite have enough mongrel in him. He doesn’t push boundaries, he doesn’t rock the boat, he doesn’t speak up. He is probably quite likeable but it doesn’t mean I want him representing my electorate. It’s not you, it’s me – I can’t vote for you, but we could still be friends.

At the end of the day, Labour doesn’t need my vote. What I want is to ensure that there are enough strong influential Maori at the table. That means Greens and Maori Party need to be there to fill that space in a coalition. Sorry NZ First, you gotta go. In order to hold Labour to account I want Greens and Maori Party there… and Greens in particular, you better friken throw some hands when it comes to indigenous issues. I know Maori Party will, so you’d better too.

I will vote YES to support the proposed Cannabis Legalisation and Control Bill, because I feel this is not a criminal issue but an issue of health and wellbeing.

After LOTS of contemplation I will vote NO to the End of Life Choice Act 2019. This could have and should have been drafted better. Also, I have serious concerns for the way differently-abled peoples lives are viewed, and also for those terminally ill people who (out of pure love for their carers and whānau) are willing to sacrifice themselves to ease the “burden” for others. This has been the hardest decision for me, and when I tick NO, I will be thinking of my childhood friend Lecretia Seales who, after suffering a terminal brain tumour became an advocate for physician-assisted dying – and how people like her deserve a BETTER, STRONGER, CLEARER Act. I don’t know how she may have felt about the EoLCA in its current form. She may have approved, she may not. I’m not willing to take that risk. I feel an obligation to vote NO.

Weirdly, up until now I always thought that people who are suffering, who have struggled daily for years upon years, and/or those with terminal illnesses should have the right to decide when where and how they exit this World. I hate to see people suffer under any circumstances. I thought I’d choose YES. Now, I have the power to vote for or against it, and I’ve swung my vote the other way. The Act in its current form is simply not safe. People for whom this referendum matters most are saying they don’t feel safe. THEY. DON’T. FEEL. SAFE. And to be honest, I can see why.

For a start, let’s remove the word “choice” from the End of  Life *choice Act. It feels like the only ones who get any choice here are those who are able bodied and affluent. Seriously. I still hear people debating whilst using terminology like “handicapped”. I mean, if your language is that ancient, then how little do you value the rights of people with higher and/or additional needs, and those with disabilities, and serious health issues, including mental health?

Yes, I know you have to be of age (18 and over). I know you have to be a NZ citizen, have a terminal illness where you are not likely to live beyond a further six months, an ongoing decline in physical capability, and so on and so forth. I know that a doctor can’t initiate the conversation. I know. I’ve thought about this. A lot. And I maintain it (the Act in the way it is written) doesn’t feel right and we are voting whether or not this becomes law, right? What the actual kind of fuckery is this? WHY does a doctor get to determine if someone is of sound mind? Shouldn’t highly qualified, specifically trained experts such as, I don’t know… PSYCHOLOGISTS be the ones assessing patients/clients in this instance? Don’t they have the skills necessary for the extensive testing, not your local/family G.P? I mean, I think everyone has the right to decide whether they are for or against euthanasia, assisted dying, whatever you want to call it. But for me the actual legislation is wrong. Just wrong. I’m not saying that it will always be wrong, but there is more work to do here.
Anyone who has ever read a blog by me knows, I’m just the average citizen with no qualifications to be giving out advice, so please remember these are just my own thoughts. As always I include the disclaimer; I am a creative writer, not an expert on anything except living my own life (and even then I screw up – that’s where the learning happens). All I know is that these are strange times. If you make a conscious choice to not participate in the elections, kei te pai, I don’t judge. But I do believe that now more than ever, voting counts. Your voice matters so please, tick those boxes and know you are making a difference – if not for you then for someone else. 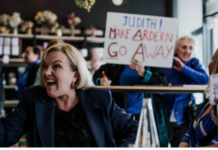 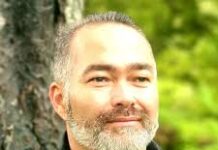 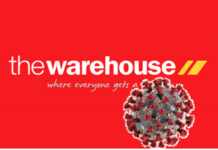