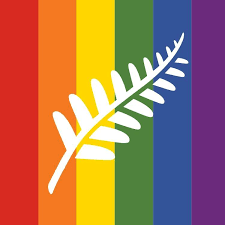 Labour released their rainbow policy, and there’s a lot in there that’s great.

Conversion therapy is right up there with Eugenics, Phrenology and  anti-fluoridation water activists in terms of its scientific credibility. It is beyond comprehension in the year 2020 that someone could just be ‘convinced’ of not being gay FFS. Our appreciation and understanding of the spectrum of sexuality makes this type of ‘therapy’ as helpful as acupuncture with needles dipped in Covid.

It’s important that trans, intersex and gender diverse people feel included in any health care they need, but let’s hope this ‘ensuring’ is a holistic approach without some agenda.

Good, it’s about time we just had gender neutral bathrooms, as long as they are seperate bathrooms, i.e. – a toilet on its own. It works fine at AUT and most large institutions now.

The challenge with ‘ensure healthcare is responsive to the needs of trans, intersex and gender diverse people’ is that such inclusion doesn’t end up excluding the vast majority. For example, the Greens pushed for abortion language to refer to ‘pregnant persons’ as opposed to ‘pregnant woman’. Now, I don’t care what you want to be called when getting an abortion, it doesn’t impact me in the slightest, but I can see how other women might get very angry at inclusive language that ends up leaving them out. This will need a lot of space to figure out.

The far bigger frustration here however is that the Justice Select Committee back in 2018 ruled out making conversion therapy illegal because it would jeopardise religious freedom. Now this isn’t just embracing, but it could in fact fly in the face of Jacinda’s desire to pass hate speech law that protects religion.

Labour are going to end up snookering themselves by trying to push for basic human rights while giving Religion protection.

We know our brothers and sisters in the rainbow community have greater mental health issues, so extra funding is important and necessary especially with so many having further stress in lockdown and the review of adoption policies is way past due.

So all in all, a great platform, but 2020 sees a pretty ragged rainbow flag. The Trans Allies vs older Rainbow Community & Gender critical feminists schism has been extraordinarily damaging to the solidarity of the community because of the exceptionally vicious nature of the debate…

…and the fact that Labour aren’t pushing for the stalled self identification issue in this policy platform is a signal that Labour won’t step in until the community itself has a chance to find common ground.

Basic rights such as the ability to have the proper identification for you matters as much as the right to adopt, unfortunately the toxicity of the debate makes the promotion of that common ground impossible.

Labour need to step very slowly in all of this, the ability for it to turn into a dumpster fire that blows back on the Government is a very fine line when critics are as bitterly divided as this.