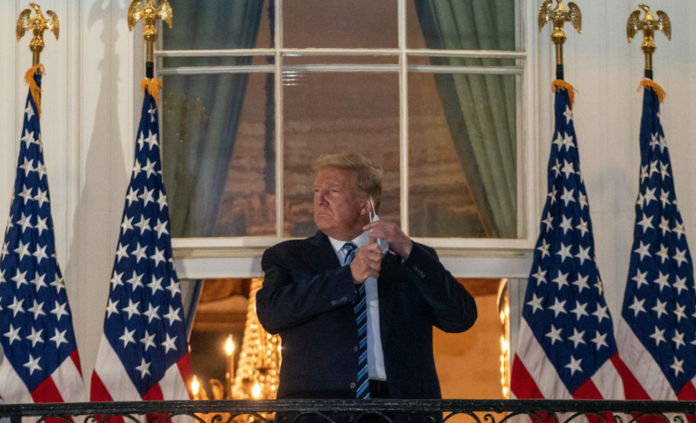 On the US President Donald Trump’s return to the Whitehouse and return to business as usual.

A little publicised fact of the medical treatment that Donald Trump received, was that it was provided free, courtesy of the US taxpayer,

Under US law the taxpayer provides free medical care for all armed servicemembers on active duty, and their families. As Commander in Chief of the US armed forces, this publicly provided free health care is also extended to Donald Trump and his family. (not a bad deal for a guy who paid only $750 in taxes.)

After his brush with Covid-19, Donald Trump said, I get it.

“I get it and I understand it,” he said.

From his exalted and glittering position of wealth and privilege at the top of society, can Donald Trump really ‘get it’? Can this billionaire developer and casino owner, really get what it means to be sick in America for the tens of millions of Americans without health insurance or free medical that active armed servicemembers an Presidents get?

What about Joe Biden, does he get it?

When Donald Trump got sick he had:

A cocktail of anti-viral drugs.

All provided free of charge.

Any other American in the same age range with the same morbidities as President Trump, who catches this virus, is unlikely to receive the same level of care and treatment.

And they definitely will not receive that medical care free of charge.

On Wednesday, two days before he was admitted to hospital, Donald Trump was throwing’>tossing MAGA hats into a crowd.

Did anyone who caught a hat put it straight on their head?

From Donald Trump’s hands to their scalp, and at a time when President Trump was likely to be highly infectious

What if they got sick?

What about the many low income Americans who attend President Trump’s rallies without masks or social distancing, believing in Trump’s rhetoric that this virus is no worse than the flu?

Donald Trump says that he is looking forward to the next Presidential debate, promising his supporters it will be a great one.

If he doesn’t chicken out of it, In the debate, will Joe Biden ask “Mr President, if you claim that the virus is no worse then the flu, can you give a guarantee here tonight that you will issue an executive order that every American especially poorer Americans, who catch this virus, will receive the free medical care that you got?”

Specifically, Will Joe Biden directly challenge President Trump to issue an executive order that all Americans who catch the novel corona virus Sars Cov-2, receive the free medical care that he got?

He won’t, and everyone knows it.

Unlike Donald Trump, Joe Biden does his very best to make sure he personally doesn’t catch the virus.

But what about the rest of the American population during the pandemic?

What about the workers putting it out there and getting sick everyday?

Grim reality and unequal outcomes, or happy fantasy, what would you choose?

As Donald Trump strides up to the debating lectern, looking the picture of health, his victory in the debate and the election is almost guaranteed.

TV reality star Donald Trump knows it is all about the optics.

For the average American voter seeing Joe Biden on their TVs up on stage cowering behind a perspex screen and wearing a mask.

For the average American witnessing Joe Biden’s grim lack of empathy and vision, to receiving Donald Trump’s alluring happy message, that covid-.19 is no worse than the flu,
For the average American comparing Joe Biden’s obsessive care to not catch the virus himself to Trump’s cavalier devil may care attitude and behaviour toward the virus,
Donald Trump is saying to the American people that their President is putting himself out there, taking my chances just like everyone else, Just like you. 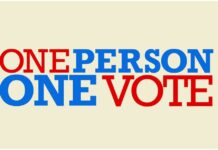