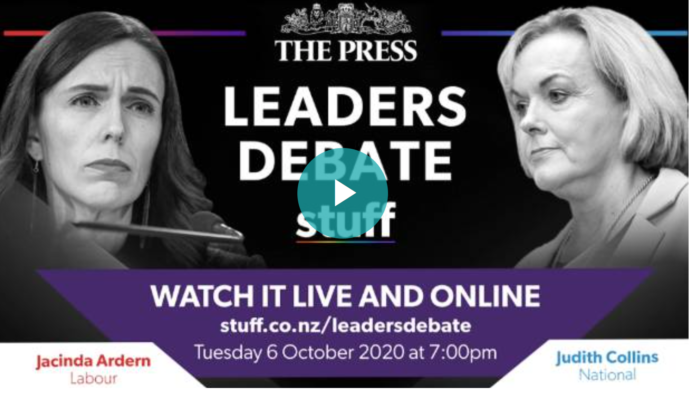 The awful Press Leaders Debate is on tonight and it will be a joyful cacophony of screams, declarations of hate speech and woke activists online taking photos of their Stuff subscriptions canceled.

Early newspapers in NZ were mostly funded by the landed gentry who were terrified and hateful of communism, socialism, Māori and women.

The very first editorial from the NZ Herald is calling on white NZers to rise up and fight Māori, I’m not joking.

It was the redneck self interest of those who gained most from exploitation in NZ that paid for newspapers and set the right wing editorial stance we see today.

So the Press piss up leaders debate is exactly what you would imagine it to be, a cheap gift handed out to all those small and medium sized businesses who advertise with the Newspaper and get a free ticket or cheap table for them to feel special. The legacy of these debates has always been loud, parochial and banjo strumming.

At first glance your average small to medium sized business owner in provincial NZ is about as enlightened as your average fascist but add the white male superiority complex into the mix, and you have a night of slurs and ignorance that would make a book burning look rational

This debate is the infamous ‘show me the money’ debate.

Drunk small business owners heckling and screaming would be fine, except of course Stuff has a VERY different social media reading audience now.

Fairfax may take money from redneck advertisers who look forward to hurling drunken insults but they answer to their woke middle class reading audience.

Think of Stuff like a grown up Spinoff, You move from Toby Manhire to Sinead Boucher once you buy a house and have your first affair.

In the terrible precious subjective rage of now, the Press’s piss up in a wood shed style political debate will go down about as well as lamb brain stew at a vegan kink munch.

If you thought people complained about the questions journalists ask, can you imagine the several shades of deplatforming woke lynch mobbing micro aggression policing outrage that will erupt on social media watching the event tonight?

These debates are always hosted by someone inside Stuff that no one knows or cares about and they will be as effective at tempering the audience as Chris Wallace was in moderating Trump.

Judith feeds off this type of audience the way a Shark feeds off blood.

This will be gladiatorial but with chainsaws.

I’m expecting an abortion of a debate.