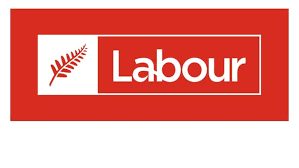 “We have advanced a lot this term but there is more work to do to make sure all New Zealanders live free of discrimination because of their sexual orientation or gender identity.

“We will pass a law to ban the harmful practice of conversion therapy. Conversion therapy is based on the misguided idea that people are wrong or broken because of their sexual orientation or gender identity. This is fundamentally wrong.

“Evidence shows it’s relatively common and a recent New Zealand survey found that more than one in six participants reported that a professional had tried to stop them from being trans or non-binary.

“Conversion therapy has been linked to severe adverse mental health issues, including depression, anxiety and suicidal ideation – that’s why it will be banned under a re-elected Labour Government.

“It is a practice that causes harm and is out of place in the kind, inclusive and modern country we are,” Tāmati Coffey says.

Labour MP Grant Robertson says the Government has made serious investments into supporting the young people of the Rainbow community, but more needs to be done.

“Rainbow people still experience higher rates of mental health problems and addictions and we know that we can also have mixed experiences of support from mental health services.

“We’ll continue to roll out our record mental health package and dedicate $4 million over four years for existing Rainbow youth mental health services so they can better meet demand and provide targeted support during our COVID-19 recovery.

“We know the next few years will be hard as we continue to fight our way out of COVID-19, but we are committed to making sure our diverse communities aren’t left behind as we recover,” Grant Robertson says.

“A one size fits all approach isn’t working, that’s why we will further develop specialised services and support for trans, intersex and gender diverse people.

“Labour will take action so that every young person has a safe place to learn and thrive. We will work with schools on providing gender neutral bathrooms and research has shown fostering belonging in the school environment improves student achievement,” Louisa Wall says.

Tāmati Coffey says despite progress being made for Rainbow families, there’s still a lot of difficult processes and outdated assumptions in adoption and surrogacy.

“I know from my own experience where my partner and I had to formally adopt our own biological son that we need to modernise the law.

“Labour has committed to reviewing adoption and surrogacy policies and legislation with a view to removing discriminatory practices. I’m looking forward to supporting this work in the next Jacinda Ardern-led Government,” Tāmati Coffey says.