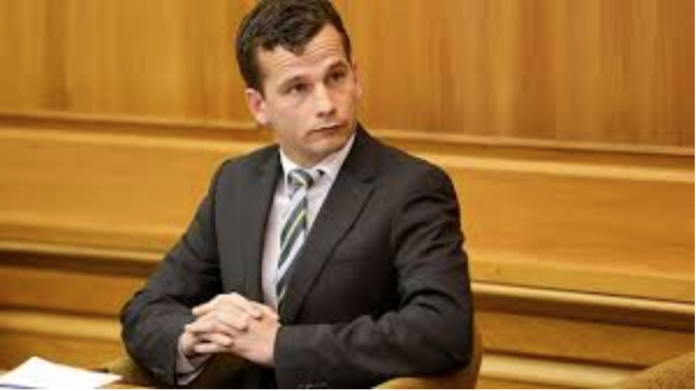 One of the problems of the sudden rise of ACT is that little of their unhinged right wing undergrad spite hate policies have not been given the contempt they deserve.

Before the woke gifted ACT a free speech war, ACT was a dormant political fault line, but once they gained the 2 MP momentum from that counter productive free speech battle, ACT became a viable political vehicle for the free market Incel community and as National melted down, ACT have grown and that growth helped inspire the NZ NRA to kidnap the party and hold it hostage.

Like a 29 year old virgin who suddenly has a date, ACT have to quietly shelve all it’s more obvious crazy beliefs so the influx of new supporters aren’t shocked at how fringe ACT really are…

As its popularity has surged in recent months, ACT has dropped two of its more controversial policies: lowering the minimum wage and adding interest back onto student loans.

Both the policies could still be found on the party’s website as of Tuesday morning, but ACT leader David Seymour said they were no longer active election policies.

The news came as National leader Judith Collins ruled out lowering the minimum wage herself, given any National-led government is likely to need ACT’s support in order to govern.

Seymour told Stuff he still generally supported long-time ACT policies, such as raising the superannuation age but, as these were unlikely to get through a Parliament any time soon, they were not active policies.

…LOWERING the minimum wage and adding interest back onto students loans???

What arseholes believes that?

ACT are far more to the fringe right and the sudden influx of support is missing that, as Tamihere said in the NewsHub debate…

“David is a recipient of the house burning down – that’s the National Party’s house. It’s Judith’s job to save the furniture. What she doesn’t understand is David’s out the back taking a lot of it out,”

…ACT’s rise however masks how hard right Seymour is, He described those occupying Ihumātao as ‘squatters’, cited Christmas as a State holiday being evidence of fascism, and taxing the top 2% more is ‘divisive populism’.

The rise of ACT at the cost of National means that by 2023, the idea of an ACT+National Government is the only narrative. The Left will tie National to ACT while constantly highlighting what a radical jump to the Right that would be.

The planet will still be reeling from the pandemic in 2023, climate change events will be far more dangerous and external shocks will remind every voter how desperately we require the State to protect us, the amputation of that State which National & ACT represents will find no majority in a country clinging to that State for protection.