What is it with right wing reptiles wanting to kill Nicky Hager?

When Right Wing Attack Blogger Cathy Odgers wondered aloud to Hooton, Farrar and Slater in  Facebook Chat what was Hager’s home address so that organised crime clients of hers who would be penalised by Hager’s journalism into Trusts used to hide crime could kill him, both Slater and Hooton gave her his address as fast as they could find it… 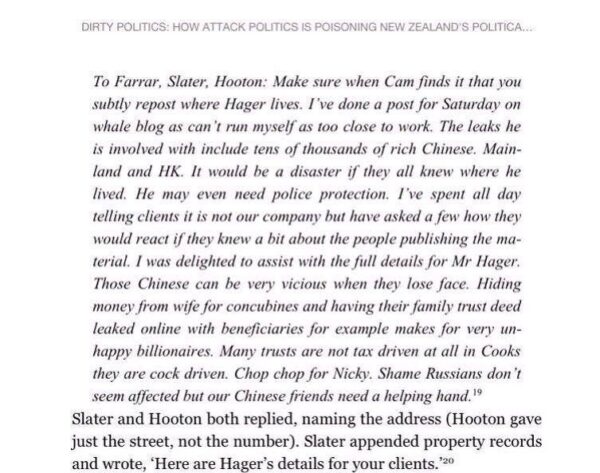 …so why is Judith Collins now wishing for Hager’s death as well?

Collins treated the audience to a barrage of invective directed at “tremendously stupid decisions” by the Government and launched an attack on Nicky Hager, saying the investigative journalist “still needs to meet his maker”.

…why wish death on an investigative journalist who highlighted the dirty politics of Crusher and her mates?

Isn’t that like blaming the Dr who finds and cuts out cancer?

These comments came during a rowdy cross burning event for National where the crowd called on her to be the ‘Crusher’ and like a bully who loves an audience, she went on a tirade against all the things she loathes like literacy, solar energy and hugs.

Judith can’t help but be toxic, she wears a mask to priest the virus from her.