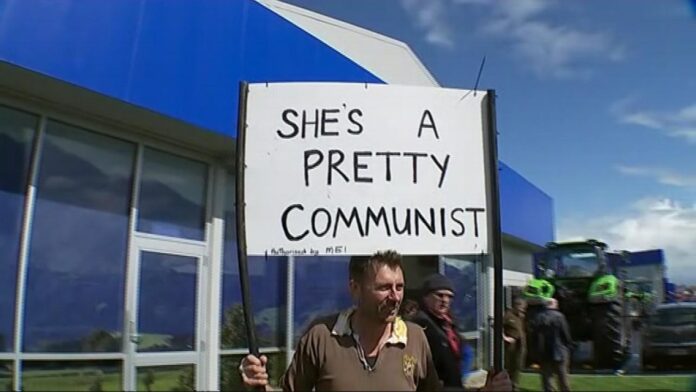 Being ‘picked on’ not in the past for farmers: Claim PM ‘out of touch’

A comment from Prime Minister Jacinda Ardern at Tuesday night’s leaders debate has ignited a backlash from farmers.

“If I may, that feels like the view of the world that has passed,” she said, responding to National Party leader Judith Collins’ comments that as a child growing up on a dairy farm, Collins was “proud as punch” of her parents, and that today farmers felt picked on over environmental issues by the Labour-Green coalition.

…which led to breathless screaming from the Fucking National Party… 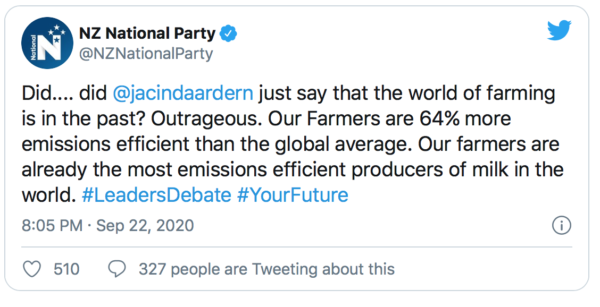 …but did she actually say that?

pretty clear from the context the PM was not saying farming was a “world that has passed.” pic.twitter.com/oj4Rcpt1xN

So, while the PM most certainly DID NOT SAY farming was a ‘world that has passed’ – the truth of course is that it is!

Synthetic milk and meat make it a sunset industry and the sooner we decouple it from our economic future, the less painful it will be.

The economic success of NZ has been built on stealing Māori land, handing it to corporate Farmers and never paying it back. Those corporate farmers who feed the rest of the world however steal water, pollute water, create vast climate change emissions and cause vast animal misery.

We want to support and love and respect those farmers feeding us with sustainable meat and produce, but the corporate farmers are a plague we need to eliminate and with the leaps and bounds coming out of the synthetic meat and milk industry, their economic privilege is coming to an end.

The vast vast vast majority of milk product sold from NZ is powder used as a bulk ingredient in highly processed food, the moment synthetic milk powder can replace the real stuff for a fraction of the cost, those markets will dump us in a split second.

When you consider the huge debt dairy intensification has cause many farmers, they are trapped in a rigged game they can’t win.

NZ has coasted on its ability to grow grass on stolen land for a very long time.

Dairy is a world that will pass.