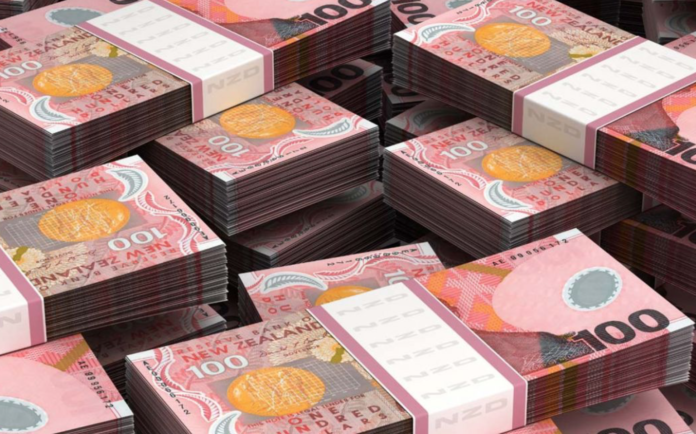 So, Richard Prebble, the man who toured the country proclaiming he was going to save rail and was then instrumental in selling it off to an American corporate that asset stripped it and caused taxpayers to have to rebuild it with money that should have been used for hospitals and schools thinks the country is using Social Credit.

What he also appears to have missed is that Quantitative Easing has been going on for a long time outside New Zealand without any of the dire consequences he is trying to conjure up.

The European Central Bank announced in March it would be doing 150 billion Euros of QE (money creation) immediately, buying government bonds from banks and pension funds. It had already been doing 35 billion Euros per month in QE for several years prior to this.

The QE programme before the Covid crisis by the Bank of England had been 435 billion pounds since 2009, and the Federal Reserve, 4.5 trillion dollars but both have done vastly more since. China’s central bank pumped 1.2 trillion yuan into its economy in February, 1,589 billion in June and 1,785 billion in July.

Despite derogatory comments about ‘funny money’ Social Credit always advocated that the Reserve Bank could create new money and make it work for the economy.

It’s been proved right on money creation, but what’s happening now is not Social Credit.

The Reserve Bank is digitally creating up to $100 billion dollars but that is going into the pockets of rich investors, overseas pension funds, and commercial bank shareholders – the very people who are most likely to support ACT, the party Richard Prebble deserted Labour for, to become one of its cheerleaders.

A Social Credit government would use the Reserve Bank’s money creation capability to provide money directly to the government for it to spend into the economy on things like a better healthcare system and an education system funded by the government rather than student loans and the sale of university space to overseas students.

The country’s infrastructure would not be in such dire need of replacement and development because a Social Credit government would have poured some of that Reserve Bank money into building those assets for the country.

The one thing Mr Prebble was right about is his quote from Walter Nash, who made it after having been summoned to the UK and told by British bankers that if the Labour government, in which he was Finance Minister, didn’t stop using the country’s own credit to build assets, Britain would stop importing New Zealand’s farm produce.

Despite pressure from John A Lee and others, Nash capitulated.

Apparently the rise in discussion about the Social Credit idea of the government using its own bank to benefit New Zealanders is concerning Mr Prebble and his friends at the New Zealand initiative who appear to prefer a continuation of the massive inequality that has eventuated from the implementation of their economic dogma.

If that’s the case, more discussion on ideas like Social Credit is something we should all be very happy about.

Chris Leitch is the leader of the social Credit Party