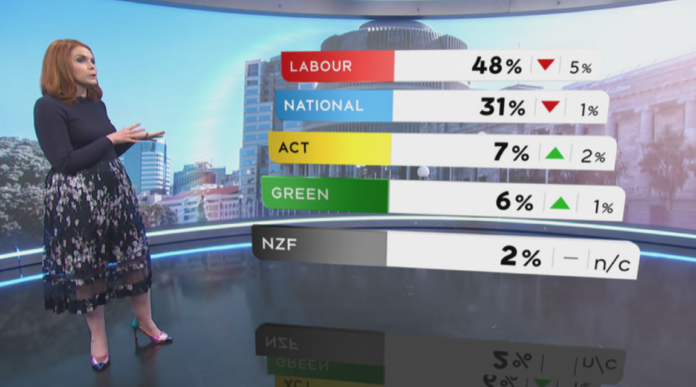 I’ll be honest, it was a long day yesterday so I only watched the first 10 minutes of the Leader’s debate last night.

What I saw confirmed the view I expressed some weeks ago that in Judith Collins National have chosen someone who will save their party from oblivion. The rise of ACT in the latest and the appearance of the New Conservative Party however I think indicates the political Right is splitting.

The choice between the major parties who want to form the next government now does seem pretty clear.

If you want to pay less tax and have welfare cuts – in short unrepentant neoliberalism and a less caring society that panders to the wealthy – then a National /Act coalition will be what you are hoping for.

On the other hand, if you want the wealth of our country to be shared more equally and see the government driving the marketplace in the post-covid economy rather than big business and big money – then a Labour /Green coalition is what you will want to see once all the votes are in.

A Labour alone government? On current polling it could happen but it would be against the history of MMP voting in our country.

NZ First? You can’t right them off just yet but it seems at this stage that Winston Peters will not be in the position of King maker.

I think this is also true of the smaller parties – even if one of them managed to get a candidate elected I doubt they would find themselves in the Kingmaker role.