This year we were all so deeply thankful that Dave Cormack was put behind the Herald Paywall.

Each day, we would all wake and thank the little baby Jesus that Dave was behind the Paywall.

It was such an added treat to Matthew Hooton already being locked up behind it because the Herald Paywall is where opinions go to die, and I love dancing on a grave.

It’s so infuriating that the ZB Troll farm of Hosking, Soper, HDPA & Hawkesby aren’t behind it yet, but one thing happened this week that eclipsed the gains we’ve made with the Paywall and deserves celebration. 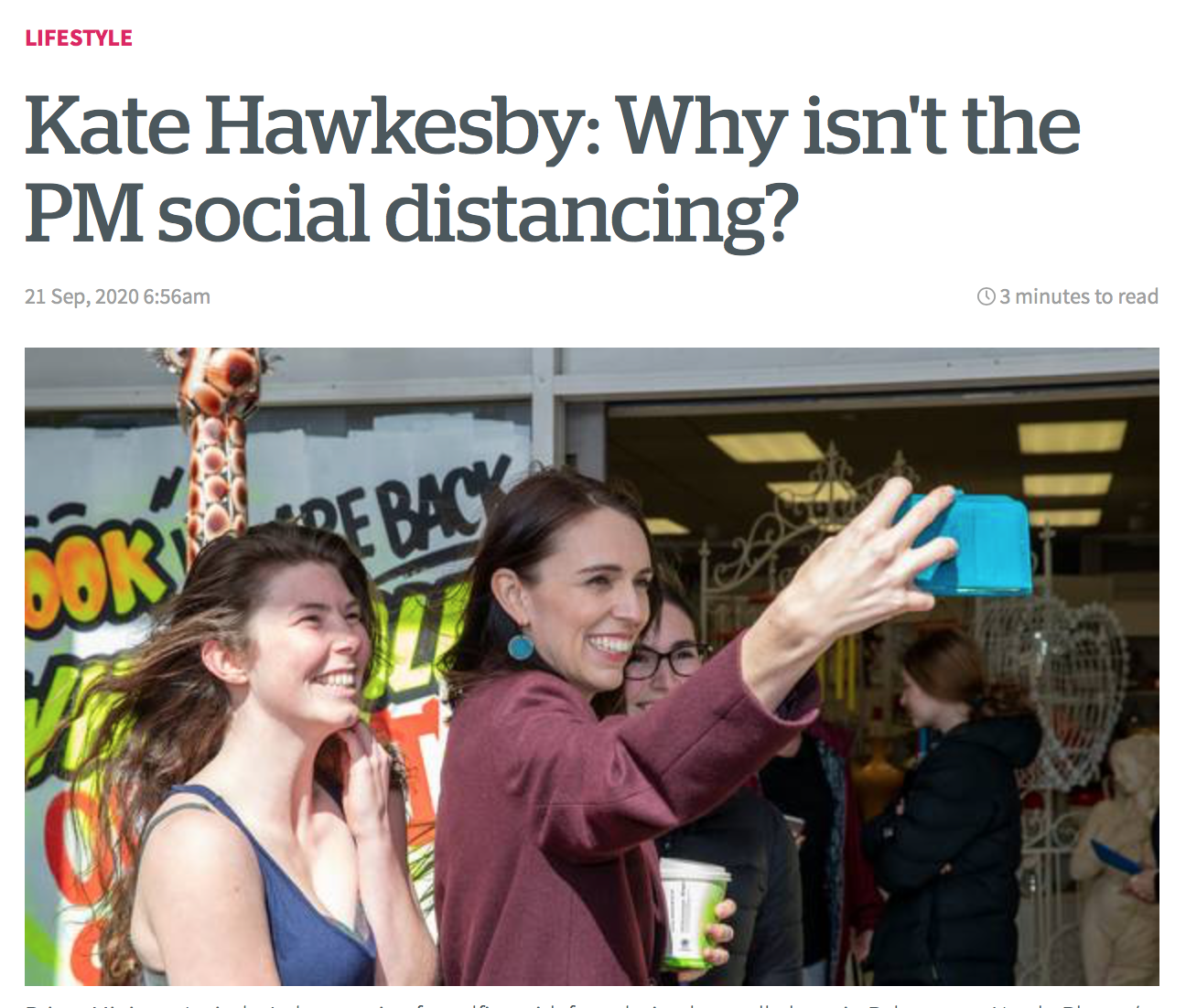 The Hawke is outraged that Jacinda breached social distancing and is of course a hypocrite who is endangering every life while we suffer and sacrifice.

Have you seen the reaction Jacinda is getting out on the campaign trail?

People are yelling at her, ‘thank you for saving our lives Jacinda’.

They flock to her.

Knowing they could be infected by a death plague, they still mass around her in writhing ecstasy.

Compare that response with Judith Collins appearing anywhere on the campaign trail. The temperature drops suddenly, Breast feeding woman have their milk tun, Children vomit and men report losing the ability to dream in colour. When Judith crosses the portal from her dimension to ours and manifests a physical presence on our realm, there is a dread in the air, like a warning from Gaia to run and not stop running.

If your only ‘insight’ as a pundit to what is happening right now is some tired trope that Jacinda thinks she’s better than the rest of us and doesn’t sacrifice like The Hawke does, then you aren’t seeing the hiding National are about to suffer at the election.

Photos of people scrambling to be near the PM isn’t evidence of the PM’s elitism, it’s evidence that the public fucking love her.