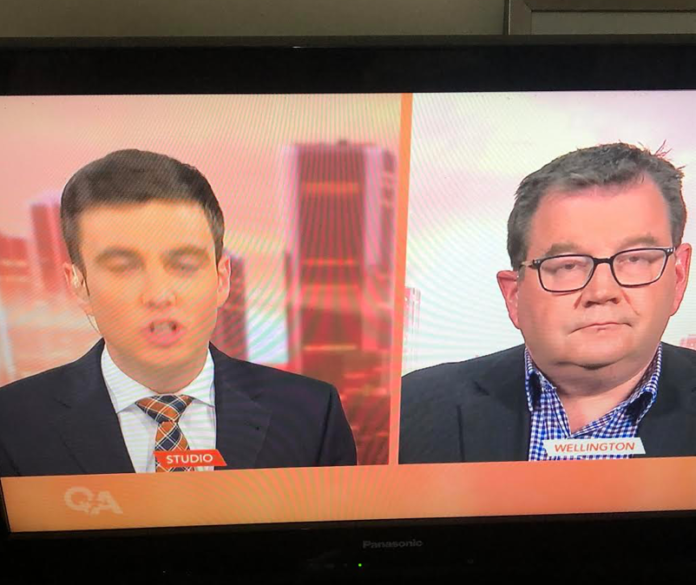 Grant Robertson had every reason to gasp at National’s unbelievable Hail Mary on Tax Cuts.

We can now see the fine print of just how desperate Judith Collins and Paul Goldsmith really are. They will fund their tax cuts out of the money Labour have borrowed to protect us from another Covid outbreak.

That’s right, National are raiding the budget to protect us from the pandemic for tax cuts to the wealthy.

It’s just so egregious in its mercenary selfishness. National are prepared to risk our ability to combat another outbreak just to win power by bribing the middle classes with tax cuts.

Any mana these people once had has now been trampled by their venal cowardice and self interest.

Chloe Swarbrick righteously argued against the horror that the current racist and human rights abusing prohibition landscape has created.

Nick Smith was his usual delusional self and he was joined by some moralistic Dr who was bordering on hysterical most of the time. According to the Dr the end of western civilisation was ending if cannabis is legalised.

Associate Professor Kyle Quince pointed out how racist the prohibition rules actually are.

National Party Scumbag Nick Smith is asked if the current prohibition is failing young people because so many people can already access it, he regurgitates moralistic bullshit that if it’s legalised more young people will smoke it, which Chloe hilariously counters by pointing out that when cannabis is legalised, it isn’t young people who buy it – OLD PEOPLE DO!

That’s right, the boomers are the ones who hit the bong once it’s legalised.

80% of NZers have tried cannabis at least once, according to Nick Smith and the National Party, all those people deserve to be punished.

I swear, the moment this referendum passes, whenever that is, I am outside the Auckland Police HQ with a bong to take a very long draw in memory of everyone that the Pigs and the dirty filthy scumbag prohibitionists have destroyed for their obscene war on drugs.