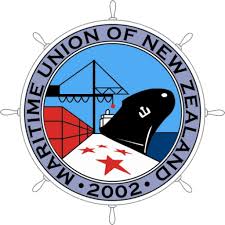 The Maritime Union is backing a health and safety review at Ports of Auckland.

The inquiry was announced on 14 September by Auckland Mayor Phil Goff after the death of a stevedore working as a lasher aboard a ship at the port on 30 August.

Maritime Union National Secretary Joe Fleetwood says the Union has repeatedly called for a review of safety practices at all ports in New Zealand.

He welcomed the announcement by the Mayor and the interest from the Minister of Transport Phil Twyford in the issue.

“It’s very sad another worker had to die before this much needed review of the industry was announced.”

Mr Fleetwood says the health and safety culture is a national issue at ports, not just at Auckland.

“When you combine long hours, night shifts and relentless pressure for productivity, then the result is workers being killed and injured on the job.”

Mr Fleetwood says the Union has always maintained that owners of ports have the responsibility to ensure the wellbeing of all port workers.

Deaths and injuries on the waterfront have often occurred with privately operating stevedores who work at ports, he says.

He says port owners should not be able to pass off responsibility for health and safety behind third party operators supplying services in ports.

Mr Fleetwood says maritime and waterfront safety regulators Maritime New Zealand and Worksafe have to do their job and impose workable regulations for the waterfront that all port and stevedore companies must abide by.

“There needs to be one enforceable standard for all ports and all operators. How many workers need to die before this happens?”

Mr Fleetwood says that for every death or injury, there are several more near misses, many of which he believes are not reported.

“We would like to see corporate manslaughter laws to be set at a level that acts as a deterrent. Kill a worker, go to jail.”

He says the Maritime Union would be happy to share its expertise with any official investigators.

The Ports of Auckland is 100% owned by Auckland Council.