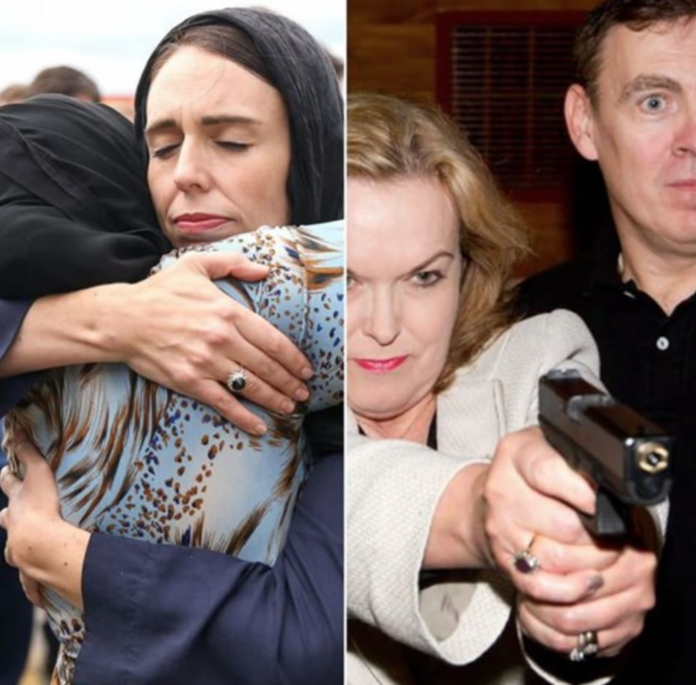 This election is based on how frightened people feel during this pandemic.

The Horizon Research Survey found Ardern made people feel more ‘comfortable,’ ‘pleased,’ ‘hopeful,’ and ‘proud’ than Collins – who was more likely to make people feel ‘angry,’ ‘afraid,’ ‘nervous,’ ‘disappointed,’ and ‘disgusted’.Horizon asked a sample of 1249 respondents over the age of 18, to rate the feelings evoked by both leaders, overall:

…speaking with people who are watching the focus groups talking about Judith and Jacinda, the group reactions are almost night and day.

When Judith’s photo is shown, there is an audible groan of deep trauma and many report the room temperature to plunge. Breast feeding mothers have their milk turn, children cry out in pain and men experience deep depression.

When Jacinda’s photo is shown however, respondents report to feeling lighter, happier and those with terminal illness gain miraculous recoveries. The infertile become pregnant and weak become strong. Pet owners claim they see their lambs lying down with lions.

…when a critic like Sean Plunket is ranking the winners of a Business Leaders Forum he facilitated between Winston, James, Judith, David and Jacinda and he awards Jacinda the best performer, you know the tide has turned on National in a very extreme way.

A Labour Majority Government would be an exceptional achievement under MMP but every signal suggests the country will place its trust in Jacinda to be able to command an unprecedented political mandate.