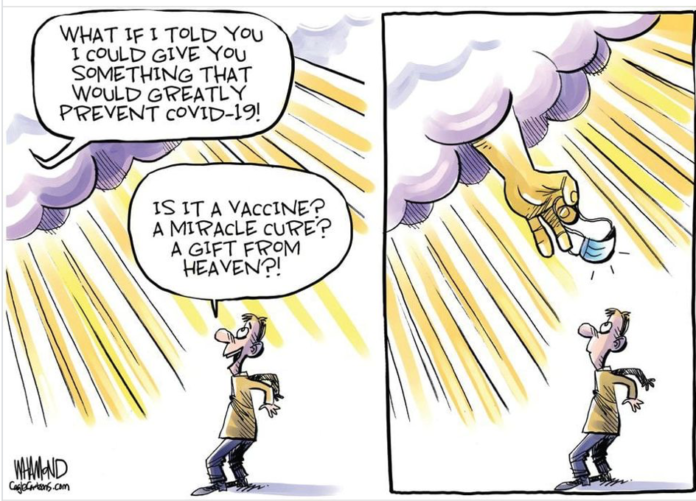 Good to see so many people wearing masks in public in the area of Auckland where I live.

Not so great to see some selfish ones not wearing them.

Because wearing a mask isn’t so much about you breathing in the virus, as you not spreading the virus if you happen to have it and don’t yet know it.

Spreading Covid-19 will result in a very sick economy for a very long time.

Keeping each other healthy, on the other hand, is the best way to help our economy recover.

We had over 100 days without community transmission We did it before we can do it again.

Let’s beat this thing, by doing the right thing.