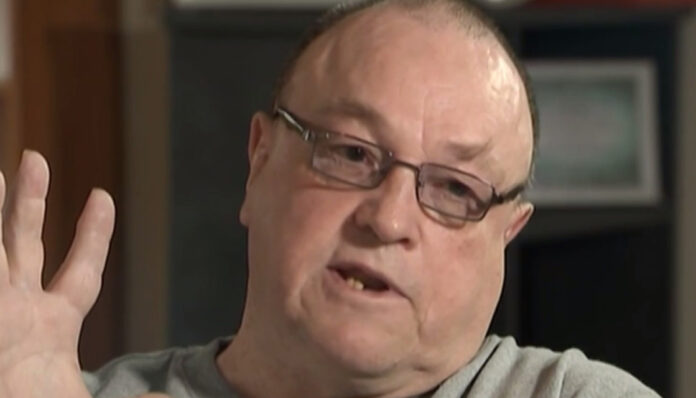 I have thought long and hard about this letter; who it should be addressed to. There is not one single person, and my education and experience has shown that general norms of human behaviour are the problem- be it malicious, misinformed or with an interest in featuring in a story. So, if you are a recipient, this is for you, if you are copied in, it is because I think you need to know.

I am calling on all my mana for this. I cannot be dismissed as unreasonable, unprincipled, irrelevant or uninformed. I am an Edmund Hillary Fellow, and a leader in that community of global changemakers. I am a recent appointee to Pharmac’s Consumer Advisory Council. I am a well-known humanitarian leading impact projects in global health.

I am Arthur Taylor’s parole address provider. He lives with my partner and I in Dunedin. I see him routinely persecuted by persons within the Corrections Department and he is, any day of the week, vulnerable to state servants, police or wannabe police who fit one of those norms. Most often, they like to have a better work story, featuring them giving Arthur a ticket or some such. But that can get much more sinister. So far, none of this applies to Dunedin Police or Corrections.

I recently appeared in support of Arthur at the hearing into his recall to prison. This letter cannot be long enough to explain, but I am left with a lasting impression from that AVL hearing. Arthur, surrounded by notes, files, law- his only defence, the truth, his only chance of freedom, held in those words. The Panel Chair saying he has never seen anything like it. The Crown, four people at a table, unable to offer any reason to keep Arthur in prison when directly asked by the Chair. He has been traumatised by that recall.

An example of how outrageous this recall was the tens of pages of sworn Police evidence the Parole Board had to read regarding a ‘pistol magazine’ found among Arthur’s possessions. It was a toy, a paperweight, with a glued on plastic ‘bullet’ yet for the 6 weeks he was held, it was used to incriminate him. It was not acknowledged until 2 hours before the hearing that it was irrelevant to any risk.

Since that hearing, I have read the OIA results on Arthur between the agencies of Police, MSD and Corrections in the months leading up to his recall. I thought I was at peak disillusionment with the integrity of Corrections senior staff, on the matter of Arthur’s transfer to Waikeria in December 2017. That is the subject of a civil case now. But these emails, between senior state actors – redacted or not – absolutely chill me to the bone.

It is clear that senior staff want Arthur to fail. An opinion was sought in May, if he could be recalled for using the moniker ‘jailhouse lawyer’ on his emails! Re-imprisoning him is tossed around casually with talk of “wrangling” the Probation Officer into line. Hunting for a reason between Police, Corrections, for weeks before they put together enough long shadows like that pistol magazine. Not responding to risk but looking for it, concocting it. Placing him in harm’s way. MSD’s role with housing must be scrutinised.

Arthur has done 38 years behind bars in a space the size of most bathrooms. He has risen above his background to be one of our most remarkable citizens. His cases are taught all over the world. He changed our prisoner voting laws against incredible odds; as the Ombudsman has ruled, he did 14 months solitary confinement in retaliation for taking that case. How many of you would survive that, and be sane, kind, pro-social as he has? He prosecuted, as a private citizen, New Zealand’s worst ever perjurer.

That should have been the Police’s job. He has never been thanked, given no credit. His moving testimony setting the scene at the opening of the Inquiry into Abuse in State Care was the foundation for others to find their voice. He has been officially thanked for that and for other things like talks to Privacy Commission staff, but you would like to have him back in prison for so serious a crime as signing as ‘jailhouse lawyer’.

His outstanding record does not even keep him safe, it is so buried in a culture that cannot accept he is not the evil heartless sociopath former Commissioner Mike Bush characterised him as, many years ago. This notion has followed Arthur no matter what good he does, and no matter the harm done to him, right up to nearly taking his life to which I am a witness. I want, today, it all to stop.

He has admirers and supporters everywhere. They call me up with tales of the life-changing interventions he has made. This is not because of his crimes, it is because of his help and care for people. I see him every day practising acts of kindness – it is all he does actually. I’ve lived with him about for a year. I know him better than any of you. He gives advice, hope and comforts so many people. This is the total disconnect between Arthur and your view of him.

Why would you want him to be back behind bars? How cruel do you have to be to try to take more of his time on earth? His delight in animals, weather, children, humour- you want to take it? Why? I am writing this today because I have had enough. I am constantly

forced to play this gaslighting game about the real Arthur and the figment of the imagination in some powerful people’s minds.

I am not a conspiracy theorist and this is complicated, but it is a pattern. I accept most have been misinformed and manipulated by one or two with a history with Arthur and a personal agenda in harming him. I’ve seen how people react to him, I studied anthropology as well as law and it is very clear he triggers a predictable set of reactions in people. They want to show him who is boss, is the short version, because his mana is palpable and control matters in the tribe. People are also getting file information that does not record any of the good and colours a false picture. Some of you have been “wrangled”. Omissions and amplifications, it is extremely harmful. His mana stops being a trigger when there is respect.

We now have the absurd situation of Arthur on curfew with a bracelet. I also have here, OIA emails between some of the addressees saying prior to the hearing, there is no justification for a bracelet, we are unlikely to succeed but let’s ask for one anyway. So he is shackled. . This is inappropriate use of power and resources. Arthur fell in our garden, it snapped off, and NZ was not safe, more money spent late on a Saturday putting a new one on

When Arthur has to deal with these malevolent or misinformed state actors, whose ill will is not just a bit of name calling- it threatens his freedom – it is very traumatic for him. He has applied to have charges against him dismissed shortly in Wellington. The inappropriate interference by Wellington based Corrections staff over this case is, for Arthur, like being hassled by your attacker ahead of seeing them in court. It is profoundly unjust. In particular, the High Risk Unit is, in my view, harmful and has no idea who it is dealing with, as the emails I have seen demonstrate. They are managing a fantasy, not Arthur.

Much more taxpayers money is being wasted on interfering with Arthur conducting this case, a half day hearing on Sept 3. There are contingency plans and all sorts of drama. His lunch plans are demanded, by the very people he is defending himself against in court. All the hands and eyes on this would be better used protecting people, other than themselves.

Ministers, please intervene. This is not ‘operational’- because the integrity and/or judgement of the operation leaders is the problem. I hope it shocks and disturbs you, as it does me, to know that since Arthur was first released Feb 2019 I have been contacted by: acting and retired police, current and retired judiciary, current and former Corrections officers from all over New Zealand and several lawyers who directly warned me, that “they’ would want Arthur recalled. As I said, I am not a conspiracy theorist, but I am not irrational in the face of strong evidence either. I would love to talk to you. You have met Arthur, you know what he does for justice. Please, call off the dogs. The world is watching.

Hazel Heal is an advocate.