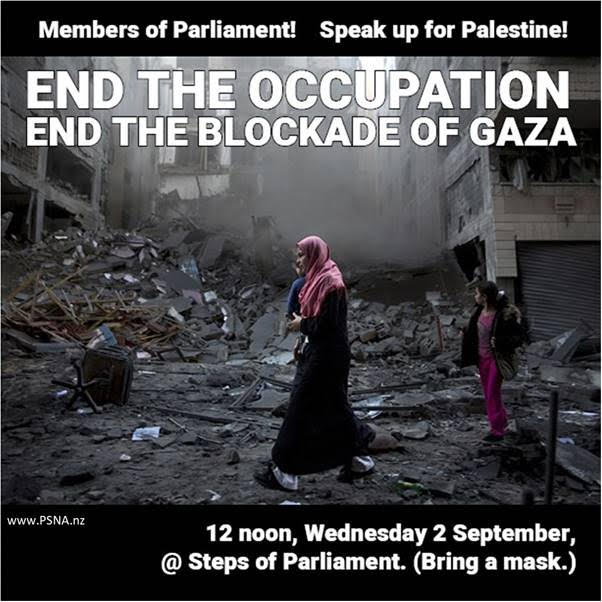 For over a year the Palestine Solidarity Network Aotearoa has been trying to get the government to speak up for Palestine but we have met a blank wall. Winston Peters as Foreign Minister has maintained a protective cone of silence around Israel and its brutal military occupation and blockade of Gaza. The Labour leadership has refused to step in where Peters has failed.

Over the past year the government has:

2 September is the last sitting day of parliament. Come to the protest. See the poster above for details.  Get your friends and family in Wellington to come. Spread the word. Be there if you can!

Speak up for Palestine!