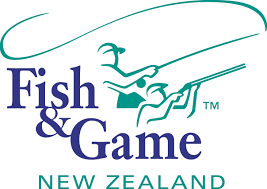 The National Party’s promise to scrap the freshwater reforms that are designed to protect our water for future generations is a licence to intensive agriculture to do what they want when they want, New Zealand’s environmental NGOs say.

A press release from Scott Simpson and David Bennett today listed the nine provisions that National wants to repeal or review.

– Removal of stock from natural wetlands

– Establishing a cap on nitrogen fertiliser use

The removal of measuring and reporting on water usage was a policy brought in by past National Governments. In 2017, then Environment Minister Dr Nick Smith stated “we required councils to progressively meter water takes. You cannot manage what you don’t measure.”

Winter grazing is not only damaging our rivers and streams, but also the reputations of both farming and New Zealand. Kiwis don’t want stock meandering through our precious streams and rivers.

The main source of nitrates contamination in water comes from intensive dairy farms who use large amounts of fertiliser and from dairy cow urine. National proposes to remove a cap on nitrate fertiliser use and allow further intensification. More dairy intensification will lead to more pollution.

Polling by Colmar Brunton shows that New Zealanders remain worried about water pollution. Three quarters – 76 per cent – of those surveyed said they were extremely or very concerned about the pollution of lakes and rivers. Only five per cent said they were not that concerned.

These results show the depth of feeling kiwis have about the loss of what they considered their birthright – clean rivers, lakes and streams.

It highlights the urgency with which the political parties needs to make substantial changes to address the problem. All political parties are on notice that in this year’s election, Kiwis will expect to be able to swim, fish and gather food from their rivers, lakes and streams.

Political parties should listen to the evidence on freshwater, plan ahead and put us on the path now to protecting water for the long-term health and well-being of all New Zealanders.

All political parties must commit to environmental policies to protect the environment for future generations.