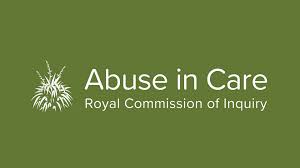 The Abuse in Care Royal Commission of Inquiry has announced the scope of its investigation into abuse and neglect at the Child and Adolescent Unit at Lake Alice Psychiatric Hospital in the 1970s.

Lake Alice Investigation Team Lead Andrew Molloy says this is the first comprehensive investigation into what happened to children and young adults at the Unit, and why. He says his team is examining the nature and extent of any abuse and neglect, and what the government, police and professional bodies did to prevent and respond to it.

“We are also examining issues such as the adequacy of training and supervision of Lake Alice staff, the discipline and complaint procedures, as well as the level of personal and professional support provided to staff by the Unit’s management.”

So far, Molloy says, several Lake Alice survivors had come forward to the Inquiry, but more voices were needed.

“We are appealing for any information from former patients, patient’s whanau, former staff or former staff member’s whanau, or anyone who had any involvement with the Unit.

“We are interested in any information relating to the admission of children and adolescents, the care of patients while there, the conditions in the hospital for staff and patients, and the treatments administered, including Aversion Therapy, Electro-Convulsive Therapy or medication,” Molloy says.

That information could include diary entries, letters, photographs or film taken of the Unit, its staff or patients and medical documents.

A public hearing focussing on abuse and neglect Lake Alice Child and Adolescent Unit is planned for 2021.

About the Abuse in Care Inquiry

The Abuse in Care Royal Commission of Inquiry is investigating the abuse and neglect that happened to children, young people and vulnerable adults in care from 1950 and 1999. It will also consider experiences of abuse or neglect outside these dates. After completing its investigations, it will make recommendations to the Governor General on how New Zealand can better care for children, young people and vulnerable adults.

Disclaimer: The information in this email (including attachments) is confidential and may be legally privileged. If an addressing or transmission error has misdirected this email, please notify the sender by replying to this email and destroy the message (and any attachments). If you are not the intended recipient, any use, disclosure, copying or distribution is prohibited and may be unlawful.