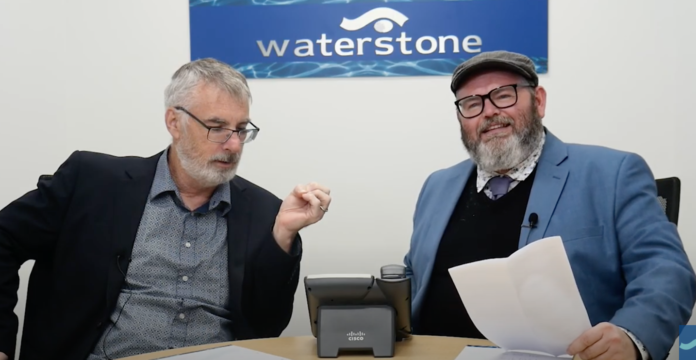 Well, we are now 53 days away until the 2020 election. This week, Level 3 was extended, Judith Collins praised the Prime Minister, David Seymour warned our species was in danger, Winston was caught out helping his UK spin doctors get in and out of the South Pacific and Chloe Swarbrick kept managing to outshine the entire rest of the Green Party.

John looking at the last week – Were you surprised at the fury journalist Michael Morrah received for asking hard questions of the Ministry of Health?

John –  Was Jacinda’s extension of level 3 the right call?

Damien – 40 000 across the border and only a handful of breaches, in context with the overseas casualty rate, will voters forgive Jacinda?

Damien – The 200 000 older National voting women who have walked over to Jacinda, are they really going to return to Judith?

John – Marama Davidson is running against you in Tamaki Makarau, do you get a sense the Greens are safely over the 5% threshold?

Damien – Chloe Swarbrick managed to overshine any actual green party campaigning this week – is that a problem or is it helping them win Auckland Central?

John – Is Winston and NZ First returning to Parliament?

Damien – This news story today that Winston was in any way shape or form helpful in allowing his UK Spin Drs in and out of the South Pacific seems a tad questuinable doesn’t it?

John – David Seymour compared NZ to a One Party State because Ashley Bloomfield appeared in an advert for 1 second, has the sudden rise in popularity caused David to become a bit of a dick?

Damien – So NZ is on par with North Korea, the People’s Republic of China and Vietnam because St Ash was in a government video? Isn’t this the sort of thing a 1% Party bitches about and not a strapping 5% Party?

John – The Maori Party saw racist graffitti on their billboards while the New Consverative Party’s Maori policies would see a race war erupt – how far away is NZ from living up to the promise of the treaty?

Final word – Damien – predictions for the week ahead?

John – predictions for the week ahead

Our next Election podcast is Tuesday next week and we are now going weekly through until the end of the election campaign.