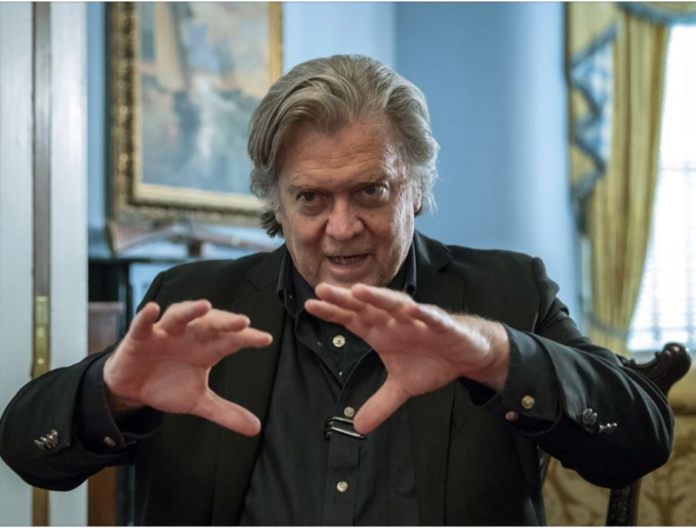 Former Trump adviser Steve Bannon has been arrested and charged with fraud over a fundraising campaign to build a wall on the US-Mexico border.

Bannon and three others are facing charges that they defrauded hundreds of thousands of donors in connection with the “We Build the Wall” campaign, which raised $US25m, the US Department of Justice (DoJ) said.

The former investment banker was the driving force behind the right-wing Breitbart News website before serving in the Trump White House as chief strategist who was highly influential in many of Trump’s decisions such as the mid-2017 US withdrawal from the Paris climate agreement.

Bannon’s arrest comes at the very time when the extreme right with their hate filled agenda are at their most dangerous. He has also been an influential supporter of forming a right-wing supergroup of populist parties in Europe which , if it succeeded , would usher in a very dark period in World history.

We are an island nation but as Covid -19 has proved we are not immune to what happens in other parts of the world and to watch the politics of selfishness starting to crumble both internationally and at home gives me some hope that we may also yet see the demise of the economics of selfishness that is neoliberalism which, for the last 3 decades, has benefitted the self-centred, self- indulgent few at the expense of the many.