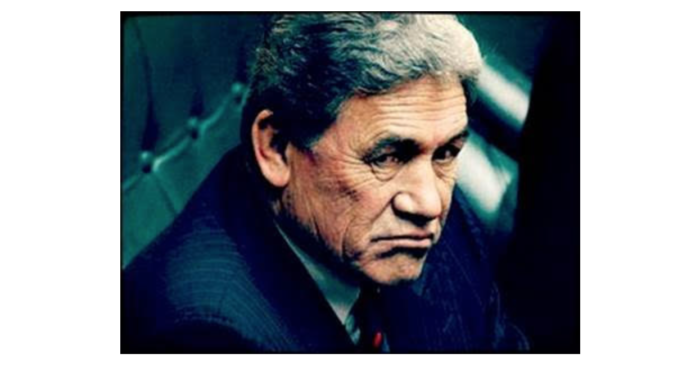 IT IS DIFFICULT to know whether Winston Peters’ constitutional brinkmanship will harm or hurt his NZ First Party. If nothing else, it proves he still has the ability to put himself in the centre of the political frame – if only for a single news cycle. And, that, in a nutshell is his and NZ First’s problem. Like Dr Jekyll’s restorative potion, the efficacy of Peters’ political medicine declines with overuse. Every time he takes on the character of Mr Hyde it grows harder to break free of his clutches. Looking into the ugly face of Peters’ destructive alter-ego, as Jacinda Ardern was forced to do only yesterday (16/8/20) afternoon, is not an experience she will be in a hurry to repeat.

Would he really have pulled the pin on the coalition which he, more than anyone, had pulled together? Would he really have informed the Governor-General that he and his party had lost confidence in the Prime Minister, and that, consequently, she no longer commanded a majority in the House of Representatives? And, if so, to what end? Because, as the PM reminded the journalists gathered in the Beehive Theatrette this morning – with just the faintest hint of a grin – that would have precipitated a … general election! And isn’t that where we all came in?

The ultimate futility of Peters’ gesture’s notwithstanding, it would certainly have placed the Governor-General, Dame Patsy Reddy, in a pretty pickle. Her pickle jar would be nothing like as uncomfortable, however, as Peters’. If the G-G bowed to his demand for Jacinda’s majority to be tested in the House, then he would have convince both Judith Collins and David Seymour to back his No-Confidence motion. And, if she didn’t, then he would look like a fool – and a treacherous fool at that!

Not that either National or Act would have had anything at all to gain by unseating New Zealand’s enormously popular prime minister. At best, they would gain themselves a few more weeks before New Zealand’s electoral law put an end to their fun. And then? Oh dear! The voters’ retribution would be swift and terrible. Bill English’s 20.9 percent would look like the good old days! Act’s hard-won fight to breach the 5 percent threshold would have all been for nothing.

Obviously, they wouldn’t have agreed to participate in Peters’ political suicide pact. Which the NZ First leader must have known even as he made public his thinly-veiled threatening letter to the PM. So, if his threat was never credible, why make it? Why remind both Labour and the general public of just what a volatile, irresponsible and generally unreliable political force NZ First always ends up becoming? Why reduce his party’s already negligible chances of re-election to the vanishing point? What was the man thinking?

Perhaps there was never any real intent to pull the pin. Perhaps he was actually relying upon the PM to do exactly what she did. Why else include the date of 17 October in his letter, if only the 21 November date would do? Peters certainly lost little time in “welcoming” the PM’s decision:

“New Zealand First is pleased that common sense has prevailed. We were concerned that the Covid outbreak had the effect of limiting campaigns to an unacceptably short period until overseas and advance voting begin if the General Election was held on September 19.”

Ah, yes, “common sense”. How could we have forgotten Winston “Handbrake” Peters and his inexhaustible supply of common sense?

Except that there was nothing even vaguely resembling common sense attached to Peters actions over the past 48 hours. What was on display, for all those with the wit to interpret it, was a stunt.

The NZ First leader understood his coalition partner well enough to know that she was bound to meet the electorate half-way between 19 September and 21 November. There was simply no way Jacinda was going to be seen giving in to the demands of either himself or Judith Collins – so it had to be 17 October. Not that the near-certainty of the PM announcing a one month extension was going to keep Peters quiet. Not when there was an opportunity to whip-up a full-blown constitutional brouhaha; a media-titillating bagatelle; out of which he could step triumphantly as the stern guardian of New Zealand’s democratic traditions. Or, something like that.

From the perspective of the PM and the Labour Party, however, Peters’ stunt must have looked like the act of an ageing and increasingly reckless circus sharpshooter. A complicated trick, undertaken in front of a live audience, and featuring a loaded gun with an unreliable safety-catch. The bemused audience may never have realised the danger it was in, but the sharpshooter’s fellow performers did. They’ve all seen how badly things can go wrong, and who always ends up paying the price.

For the Prime Minister and her Labour colleagues, Peters’ Mr Hyde-act may have finally worn out its welcome. In the guise of Dr Jekyll, the NZ First leader is everything a party could wish for in a coalition partner. As Mr Hyde, however, he is a frightful companion. Those who have read Robert Louis Stevenson’s cautionary novella already know how the story ends. If Peters’ fellow performers decide not to wait around for his battered old rifle’s safety-catch to fail – who could blame them?

More bluntly: if Peters’ cynical display of faux constitutional outrage isn’t enough to persuade Jacinda Ardern to dispense with NZ First’s services as a coalition partner, post 17 October, then she is not the shrewd judge of the electorate’s wishes that everything she has accomplished to date proclaims her to be.

A Labour-Green government, without encumbrances. Now, that would be the very best kind of October surprise!