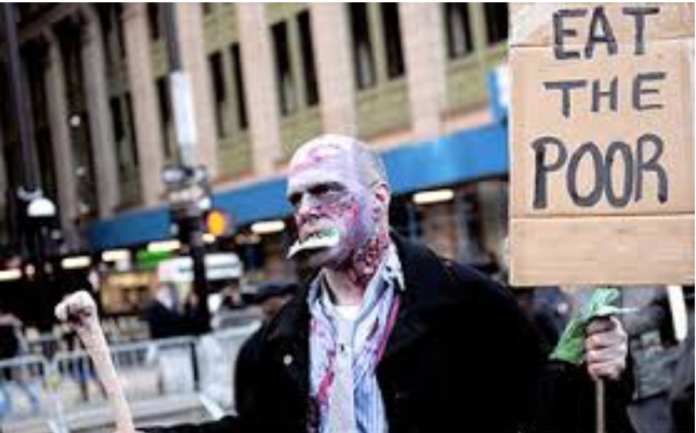 Metaphorically, the church bells rang and we danced in the streets. We felt celebratory and smug. We were the “Team of Five Million”. We were world leaders, with our world class leader, our ‘go hard and go early’, brave-out-of-the-blocks intolerance for Coronavirus. We were the plucky little country. Like David and Goliath, we beat the disease.

When lockdown (V1) lifted, we could show physical affection in greeting friends. We abandoned social distancing. We shared kai, rode packed like sardines in a lift, we could go to parties, gigs, on holiday – and we did. We could cautiously visit the elderly, we could collectively mourn our dead.  The backlog of delayed cancer diagnostics and treatment began to clear. We had political campaign launches where the spit was flying as thousands of cheering supporters celebrated Labour Party success, our national success, at eliminating the disease. We watched as the social distancing stickers on the floor of local shops grew faded. The Perspex screens looked anachronistic. News readers became the news again. Even though new world records were reached in the spread of the disease – twenty million infected, 700,000 dead. That was happening far away, we were untouchable. We were safe. But from returning Kiwi’s infection rates, it was clear the disease was still alive and well, at the gates. We watched Melbourne, Victoria and especially its aged care sector under siege as the disease spread like – well, Australian bush fire. But we were complacent. So much success. So much hubris.

Until the virus came back again. So here we are back in lockdown. In Auckland “we’re taking it for the team”. That means the streets are quiet again except for speedsters using the roads like racetracks; there are families out walking and cycling. We thronged to the beach on a sunny day. Those who used lockdown V1 to plant their vege patches, now have time to weed around and harvest the maturing plants. Sometimes resilience takes time. The sourdough recipes and breadmakers are dusted off. We remember what we lost when we left lockdown the first time. We can hear the birdsong again. Families are walking around with their faces covered, and home-made masks have become a cottage industry. We are more or less adapting to the new normal. Coronavirus – the second wave, V2. It looks post-apocalyptic, but with takeaways.

But now that Coronavirus is back, hopefully confined, so is the uncertainty. What does this mean for the election? What does this mean for the businesses and workers hanging on by virtue of the wage subsidy? How can the National Party gain any foothold on the slippery slope into irrelevance, when every straw they grasp undermines their credibility even more? Wouldn’t you choose kindness over Cruella?

Our success at eliminating the disease first time round, (among other things) has led to polls which show a high level of confidence, consensus and support for Jacinda Ardern and her management of Coronavirus. Even a majority of surveyed small to medium sized businesses now support Labour.  Conservatives are pleased that Jacinda is so conservative. It means there’s money to spare for an extended wage subsidy, and some jobs, are kept back from the brink in the meantime at least. But is there only so long we can play whack-a-mole with Coronavirus, closing down regions whenever it pops up? Is there only so much breath we can breathe into the corpse of the tourism industry in the hope it’s not a zombie economy, more dead than alive, but just in suspended animation? Is the best that Judith Collins can hope for is that National is not dead, – a zombie party would be a currently optimistic diagnosis, and they’ll be hoping there are some tangible failures that undermine confidence in the Government whenever an election occurs. National want a delayed election – of course they do, in the hope if they wait long enough, Labour will trip and fall. For the public so far, it doesn’t seem like this latest breach counts. Meanwhile, the Government has capital and confidence to burn.

We’ve been warned not to expect an election based on Labour’s policy platform, so it will be too much to hope for a post-Covid strategy. Will the world even ever be ‘post-Covid’? In the absence of a contest of ideas, a relatively blank policy platform, the security of inertia; we have a political caution that only obliquely references interventionist/ideology- it’s just essential business support in a crisis.

There are logistical challenges and political risks with going ahead with the election, and in a delay. The public seem happy to have a caretaker government, one that’s kind, if not visionary, even though we were promised both. It’s not the election itself we should be worried about though, it’s zombie politics, where a single set of conservative ideas dominates by default, and we don’t have the courage, time or inclination to fundamentally question those ideas are or what they mean for society. Democracy doesn’t have quite the spirit befitting the electoral body politik if there’s no credible debate on the future of state and society, especially in response to a system-crisis of this scale. Caution of Jacinda Ardern’s calibre supports hegemony but may be as dangerous to our future as wrong ideological belief altogether. What a response so far though – compelling, clearly communicated, competent, much more credible than many abroad, but not as strategically visionary or coherent as it could have been -or could be yet.

Labour came into office talking about transformation. Since then, the whole country has indeed been transformed. Coalition parties who started the term questioning neo-liberal capitalism have now capitulated to it. The coalition are doing an (in)credible job nursing the zombie economy through the apocalypse so far.  But if we do get the chance to vote on September 19 this year, we should be reflecting not just on political parties, but on how to avoid zombie apolitics too.