Tova got a gotcha! This Auckland Central madness is now going into meltdown territory…

Newshub can reveal allegations that a senior National Party figure attempted to derail one of the Auckland Central candidates’ nominations with a peculiar midnight phone call to talkback radio pretending to be someone he’s not.

Roger Bridge is a big deal in the National Party. A Queen’s honour recipient, he’s on the party’s board as its Canterbury representative. But Newshub has been told he has a secret alter ego, sometimes going by ‘Merv’.

…Jesus wept! National would actually eat their own infants to get ahead – this self mutilation for power lust should concern every single voter interested in politics!

What the hell is going on?

These people are just unbelievable!

And just when you didn’t think it could get any worse, the suggestion is that it is worse… 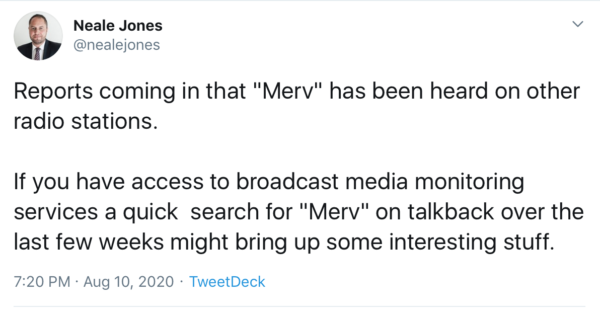 …Nuwanthie ‘Nuwi’ Samarakone sums up all the aspiration that National pretends it supports. Her focus, her drive and her ambition are the exact type of self reliant aspiration National claims are their bedrock values. She represents that brand the way Simon Bridges did, but it seems that the National Party hierarchy prefers its ambition to be white. 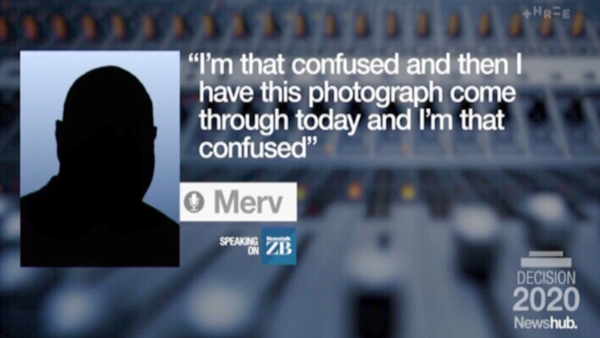 We are all confused ‘Merv’.

A high ranking senior official ringing late night talk back to denigrate a candidate is just so ugly. National used to pull this shit back in the days of Radio Pacific, remember when National MP John Carter rang John Banks talkback show pretending to be ‘Hone’ complete with faux Māori accent?

This election is being fought on who you can trust in an emergency and the scale of dirty politics National have been enveloped in alongside their disloyalty and internal leadership challenges suggests that voters will not trust National.