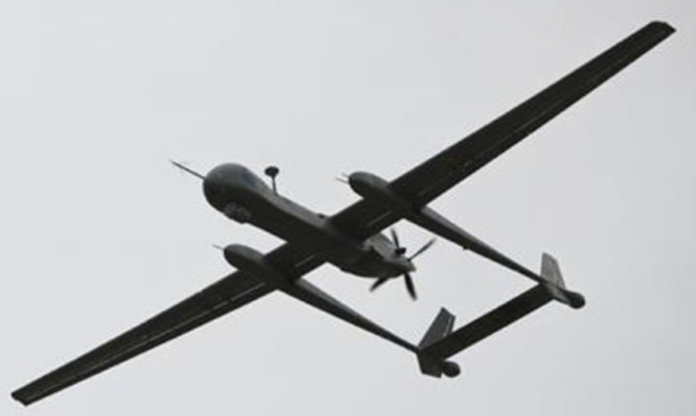 For Palestinian in Gaza, living with an almost non-stop air raid atmosphere, life is never peaceful or normal. The children describe the constant sound of Israeli drones as scary, and adults find their invasive and intolerably routine presence downright painful. Mothers fret for their children under the constant noise, that goes on even at night. For Israel, the world’s biggest exporter of these population-control military machines, the testing of spy drones in Gaza brings great profit. The military application is paramount – so much so that as drone operations now make up 80% of Israeli Air Force flights. Among Gaza’s residents, there is the constant apprehension and fear of imminent air strike. They happen without warning. A 14-year-old boy and his friend were killed in such a strike. The mother of one of the boys tells of the stress she feels now because of her other children‘s terror at the sound of approaching Israeli drones.

On 21 July, close to Hebron, two Palestinian boys (aged 11 and 14) were burned, one of them severely, after an object had fallen from an aircraft during an Israeli military training exercise. The device burst into flames when handled by one of the boys.

There is a grim record of airborne Israeli aggression in Lebanon. For instance, in 2006, the Qana air strike, carried out on a building near the Lebanese village of Qana, resulted in the death of 28 civilians, of whom 16 were children. Last month, the Israeli Air Force Commander, Amiram Norkin, admitted to carrying out air strikes in Lebanon and Israel’s chief and unconditional ally, the US, shares the Zionist regime’s contempt for other people’s air space. A US warplane, taking off from a US air base in Syria on 23 July, intercepted a Mahan Air passenger plane in Lebanese air space, coming as close as 1,000 metres, terrorising passengers and crew. In air space subject to Air Traffic Control (ATC) under International Civil Aviation Organisation (ICAO) rules, aircraft are bound to remain separated, laterally by no less than three miles (five kilometres). Some passengers were able to capture images of the US jet fighter and Captain Bill Urban, US Senior Central Command spokesman, admitted that the F-15 did close in, to 1,000 metres from the airliner.

In what was described by the Wall Street Journal as an “intercept”, the pilot of the Mahan Air plane radioed the F-15 to warn that a safe distance was not being kept – but to no avail. He then took evasive action and descended rapidly, landing shortly afterwards in Lebanon. Several passengers on the Iranian airliner were injured in the incident. In this example, the US imposes an air base in the territory of another tate and then harasses a scheduled flight by a civil airliner in the airspace of yet another sovereign country.

Richard Silverstein, writing in his publication Tikun Olam, reports a confidential highly-informed Israeli source informing him that it was Israeli agents that had unwittingly triggered the massive explosion that devastated Beirut, after planting and detonating a bomb in a Hezbollah weapons depot at the port.  The informer told Silverstein that the tragedy was due to Israeli Intelligence negligence in evaluating the target. There have been Israeli bombings in Lebanon, both before and since Israel’s 1982 invasion. Ronen Bergman, writing on Mossad assassinations and Remy Brulin, on the bombing campaigns in the 1980s, have both provided much evidence of violations of sovereignty. Of course, the world should never forget that, in 1982, a commission of inquiry found Ariel Sharon culpable for the invasion of Lebanon and the massacre at Sabra and Shatila.

Whether or not Israel was responsible for causing the Beirut disaster, we may never know but Silverstein leaves us with further circumstantial evidence worth bearing in mind – he writes: “Normally, if Israel has undertaken a successful terror attack (such as those against Iran) it will either refuse to comment or a senior military or political figure will say something like: While we refuse to comment, whoever did it did the world a favour. In this case, Israel immediately denied responsibility. Even Hezbollah supposedly said Israel hadn’t caused the damage (likely protecting itself from the inevitable blame that will fall upon it for storing its weapons next to a building filled with explosive material).”

Population control is a Zionist obsession and the ideology’s ambition cannot be realised without it. In the UK, answers to Parliamentary Questions issued by the British Government, another self-declared ally of Israel, indirectly admit that Israel violates international law by oppressing civilians. For example, concerning the destruction of Palestinian homes and the heartless restriction of Palestinian home-building imposed by Israel in the West Bank, Her Majesty‘s Government had this to say, 13 July: “The UK is concerned by the continued demolition of Palestinian property by Israeli authorities.” Admitting that they are “contrary to International Humanitarian Law”, the Parliamentary response conceded that “the practice causes unnecessary suffering to ordinary Palestinians . . .”

On 3 August, the Israeli Occupation forced two residents to destroy their own homes in Silwan and Jabal al-Makkabir – or otherwise be forced to pay an extortionate sum to the Israeli Occupation demolition squads, who would be sent in to do it. It is outrageous that Israel should be allowed, without being brought to account, to dictate to Palestinian residents in their own homeland, how and where they should build their homes.

Every aspect of Palestinian life is under threat from Israel, especially agriculture. In another Parliamentary answer,the UK Government admitted as much, saying: “. . . we are troubled by reports of assaults on farmers and vandalism of agricultural land.” HM Government then lamely added: “We continue to stress the importance of the Israeli security forces providing appropriate protection to the Palestinian civilian population.” This last comment reveal the cruel truth that Israel’s allies regard the Zionist regime as the sole determiner of the Palestinian people‘s future. As the Government spokesman added, in response to another question: “We have no plans to sanction members of the Government of Israel.” New Zealanders should be aware of the company our own Government keeps, the state-sponsored crimes it ignores and bear in mind the existence of the alternative, non-aligned, fraternity of states worldwide.

In July, Israel committed a total of 51 Gaza ceasefire violations, including two air strikes and five incursions, while the Palestinian Resistance carried out just one violation, firing three missiles towards the Green Line. This month, up until 3 August, there was another Palestinian ceasefire violation, comprising just one missile-launching while, in the same first three days of this month, Israel had already made four air strikes on Gaza, launching eight missiles into the community.

From 21 July to 3 August, the Israeli Army destroyed 220 Palestinian olive trees, a well and two homes. Occupation forces also carried out 12 night-time home invasion raids in UN refugee camps, as well as 62 overnight raids in West Bank towns and villages. Acts of racist settler vandalism and violence included arson attacks and agricultural sabotage, the poisoning and killing of over 60-head of Palestinian livestock and land-grabs.

Our news media studiously ignored the US air force threat to an airliner and wanton invasion of sovereign airspace. Had an invasion of airspace and disregard for the safety of airline passengers been committed by, for instance, Russia or Iran, the news media headlines would have been full of outrage and calls for sanctions against the perpetrators. Similarly, the news media ignores the daily suffering of the militarily-occupied and mercilessly controlled population of Palestine. Why? Because our ‘traditional allies’ and Five Eyes partners side with Israel.

“Atrocities committed during World War II drew the world’s attention to the need for collective action on human rights. When the UN Charter was drafted in 1945, New Zealand was one of a small number of countries that successfully lobbied for human rights to be included. This led to the first comprehensive international agreement on human rights – the Universal Declaration on Human Rights – adopted in 1948.  The Declaration stated ‘All human beings are born free and equal in dignity and rights.’ Our International Human Rights Action Plan identifies where we will show global leadership and make a positive difference on global human rights issues.”

Earlier this year, the NZ Government and the Government of the State of Israel signed an Agreement on Co-operation in Technological Innovation, Research and Development. Under the Agreement, Callaghan Innovation and the Israel Innovation Authority (an Israeli state-funded agency) will develop and run business-matching services and announcing that “funding for New Zealand firms will be drawn from Research and Development Project Grants administered by Callaghan Innovation.” How does this arrangement with Israel stand with our claim that “Our International Human Rights Action Plan identifies where we will show global leadership and make a positive difference on global human rights issues.” How does it compare with BDS?

MFAT also tells us: “New Zealand takes an active role in peace, human rights and security initiatives, advocating for rules that curb armed conflict, halt the spread of dangerous weaponry and promote universal rights and freedoms.” If only! New Zealand is choosing instead to cover for Israel and align, for material gain, with its state-funded business agency. Accordingly, New Zealand and the news media are are keeping a silence that betrays the victims of Israeli oppression and endangers the future survival of rules-based international law. Sign the petition: Stop Israeli killer drones.