I want to address a sort of big question because clearly the system is breaking down. What is that system that is breaking down? Can we do a system reset by tinkering with that system or is a more fundamental change necessary? What is the nature of that change and how do we get there? All in ten minutes of course.

Then we entered a period of crisis in the late 1970s and early 1980s and there was a reset done to the system.

But the system since then has not been able to deliver in the same way. In fact, for a generation now things have actually gotten worse.

It is not the pandemic alone that is causing this. The system has inner cycles and laws that were setting the stage for a new crisis before the pandemic hit.

The decade of the 90s hadrelatively strong growth as the system recovered again from a crisis. Normally you have a crisis in the system and (the economy) goes down before it bounces back. That is the way capitalism has worked for almost 200 years. Every decade it goes down and up. But the revolutionary part of capitalism was that the upturns generally were stronger than the downturns. Overall there was growth. Overall this is a system of growth. Overall, this is a system of improving productivity. Overall it generally improves wealth in society. The distribution of that wealth is another thing.

But now we have a situation where the system is unable to generate the wealth people need to live well. Or it is generating that wealth, but it is being captured by a smaller and smaller percentage of our society and can’t be distributed because they are holding on to it.

So the system has become incompatible with the life of the planet.

This system, which has a name, it’s called capitalism, has become incompatible with the life of the planet.

So we need to devise measures that transition beyond this system and not just tinker with it.

So I have a five point programme. These are most important and urgent things we need to do. They don’t necessarily require system change for most of them to achieve but can get us moving in the right direction.

We have to begin by empowering people.

We can’t do anything without empowering people.

1) We should begin with Jobs for All.

It used to be almost an obligation of the government that everyone had a job.

As I grew up, anytime that unemployment ticked above one or two percent, the government intervened. The railways started employing another five or ten thousand people. They just did it. Every railway workshop in the country was a working-class university. You went there, knocked on the door and you got a job. Very soon you were an electrician, or a plumber, or just a worker. But you got a job.

Yes New Zealand Rail “lost” $200 million a year, but so the fuck what. Every significant working class community had its own working class university where people could get jobs and get training.

Yes, Jobs for All. We should begin with jobs where the community does an audit. Every community should do an audit of their needs – cultural needs, social needs, health needs, connection needs, food needs. Can you procduce food? Can you cook food? Can you share the resources? Can you produce the energy you need? Can you share this energy? Every community can do an audit on what their needs are. The central government’s job is to deliver so that those communities can solve their own problems from the grass roots up, not from the top down.

So Jobs for All, resource the communities to do it.

This is just basic. Everyone. A Living Wage for every single person. The official policy of Labour and the Greens and the CTU (Council of Trade Unions) is that the minimum wage should be two-thirds of the average wage which is similar to the Living Wage and that makes sense.

The Government says it is supports a Living Wage, right? Does it tell the companies it owns that they should do that? NZPost? Does New Zealand Post, 100% owned by the New Zealand government pay a Living Wage? No, it does not. So it’s not just contractors (it should be extended to).

Who the hell owns the health boards? Do the health boards give a Living Wage to all their staff? No, they do not. Do they rob them of their annual leave entitlements? Yes they do, they owe them $650 million in annual leave entitlements. Does the government fund them to allow them to do that? No they do not. If the government supports a Living Wage for all it must fund those people to pay it. Not just contractors but companies and institutions that they control must pay a Living Wage.

3. Housing as a right

I grew up in Pamnure and GI (Glenn Innes) in the state house communites (and One Tree Hill), You had a home for life, they couldn’t throw you out of it, they couldn’t evict you. It didn’t matter what your income was. You got one for life. But you could move to a different suburb if you wanted. I lived in a state house my entire life until I left school and it never occurred to me that you would want to buy one. That seemed an extraordinarily stupid thing to do. I eventually did but in a sense it was the system that forced me to do it.

(Public) Housing wasn’t something only the desperately poor or refugees got. If you create a system where only the desperately poor or refugee gets you create a system that breeds resentment – “They are getting something I’m not.” “I’m living in a garage.” “Why can’t I get a home?” You are right. You are living in a gargae and you do have a right to a home.

The government, at a minimum should be building ten thousand social homes every year until we eliminate homelessness and poverty in this country.

We have 300,000 temporary migrants in New Zealand. We are not going to, and cannot deport 300,000 people. There are a whole buch of students and so on but probably half of them are what the outgoing Minister of Immigration calls “normally resident” New Zealanders. That means they have renewed their visa again and again, children have been born and going to school here, They may have partners. But they have never been allowed to transition. They have been brought on these recycled temporary visas. Theirs are not essential skills, actually they are essential skills but not important enough to transition to permanent residence.

They were brought here on a lie. Deception. They have been billed and cheated out of tens or hundreds of thousands of dollars. Fees they needed for courses. Fees they have given to Immigration New Zealand. They have been cheated and lied to and they deserve to be able transition to permanent residency immediately if they want to.

They have made this country their home. And we have to allow them to stay if they want to. We cannot throw them out.

The final thing is that we have created a system — capitalism is a system of commodity production for profit. They have tried to impose those system values on everything else. They tried to impose it on education and health. They imposed it on (government-owned companies) New Zealand Post, on KiwiRail, on Air New Zealand, on public services like transport and so on.

In fact, it is law, you have to rip people off and seek a profit. Like Meridian Energy which was recently caught spilling water to hike prices. An extraordinary example of cheating (to make a profit). They just lied. They have to maximise their profits by selling commodities. It’s the law.

We need to de-commodify things more and more. We don’t actually need McDonald’s (although I represent a thousand workers there). If we are supporting businesses through a period of crisis then we need to look at how we can do things differently. 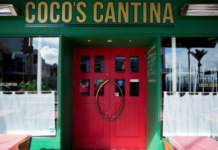 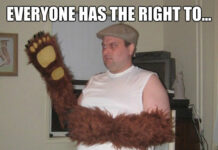