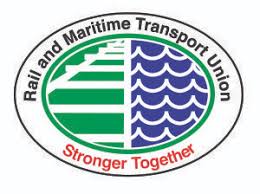 The union representing rail workers says the impending closure of a Southland rail line goes against the Government’s own commitment to provincial infrastructure and upgrading New Zealand’s rail network.

KiwiRail has confirmed they are planning for the closure of the Ohai to Invercargill Branch Line, commonly referred to as the Wairio Branch.

Mr Butson says the line carries coal on the first part of its journey from Ohai to Fonterra’s Clandeboye factory in South Canterbury.

“This line is in regular use, and there is untapped local potential for rail in growth areas such as logging.”

Mr Butson says remedial work was carried out on the line several years ago and some further work was required to get the line up to speed.

“A line closure means double handling and more trucks on South Island roads – the exact opposite of what the Government says it is trying to achieve.”

He says the Union is unhappy that an application by Kiwirail to the Provincial Growth Fund has been declined.

Mr Butson says there are signs of an imbalance with transport infrastructure with the North getting priority over the South.

“Provincial rail lines are an essential part of a national transport strategy and export industries and the Government needs to step up on this occasion.”