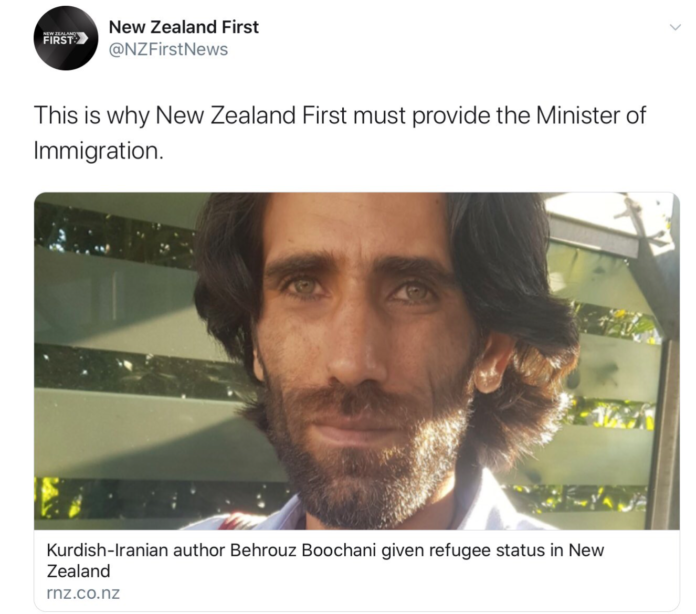 We might have views on immigration and the terrible manner many migrant workers are exploited and the negative impacts that exploitation can cause domestic pay rates and infrastructure gridlock, but I think we can all universally agree refugees are not and should not be part of that debate.

Behrouz Boochani has suffered at the hands of Australian bigotry and to question his refugee status as some type of immigration issue that NZ First wish to exploit is pretty jaw dropping in its needless spite.

Refugees are not part of any immigration debate, refugees are the rent we pay as a liberal progressive democracy, a downpayment on our basic humanity to those who have been forced through circumstance and persecution from their home.

To expand Boochani’s status as a refugee into a wider debate about immigration is malicious and disingenuous.

We are better than this type of explicit political enmity aimed towards the most vulnerable amongst us.