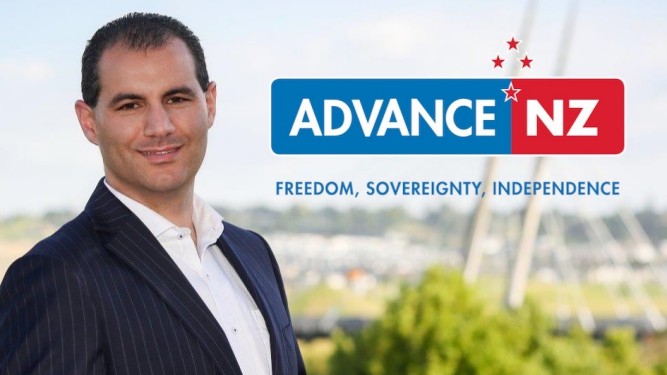 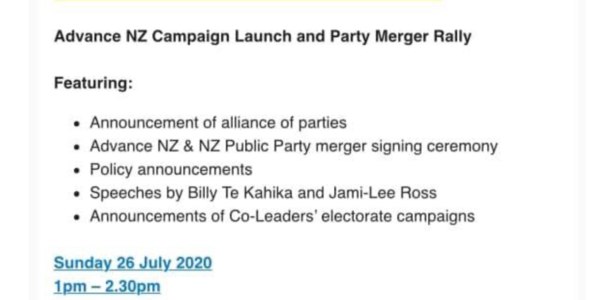 Jami Lee-Ross’s last desperate gasp of political relevance vanity project vehicle – Advance NZ, is merging with the conspiracy Party who thinks the Covid 19 virus is a bioengineered weapon and spread by 5G to bring about a shadowy One World Government through the UN???

Thank Christ! This abomination makes my merger of MANA and the Internet Party officially the second dumbest political combo in NZ history!

Phew. I had feared that was a political record unable to be beaten.

I have been proven wrong.

Thank you God. Thank you.

This merger is political desperation by JLR that is dangerous because it gives Billy TKs conspiracy theories oxygen.

I’ve reviewed the NZPP and it’s QAnon level crazy for people who source all their news from Facebook.

I think it’s important for other members of the electorate to see how our public education system is failing and why we need strong public broadcasting.

Advance NZ and NZPP are cargo cults without the cargo.

I couldn’t imagine JLR going any lower, but cutting a political alliance with a conspiracy theorist has managed to do that.

The alliance will allow for a shared party list and base it’s entry on JLR winning Botany.

As someone who tried this strategy, I’d say this was an impossible gamble, but the weird shit that has happened in 2020 means all bets are off.

If there is a God, this political circus freak Frankenstein will perish stillborn on Election Day. If however the Prince of Darkness has ascended Hell and built his throne upon Earth, JLR will win Botany and the Party list will bring in a conspiracy theorist who will ban electricity and libraries.

UPDATE: So JLR admits he will lose Botany and throws himself on the mercy of a conspiracy theorist to win Te Tai Tokerau as a way back into Parliament.

Madness has a name, it’s called the NZ Public Party and desperation has a new face, Jami-Lee Ross’s.