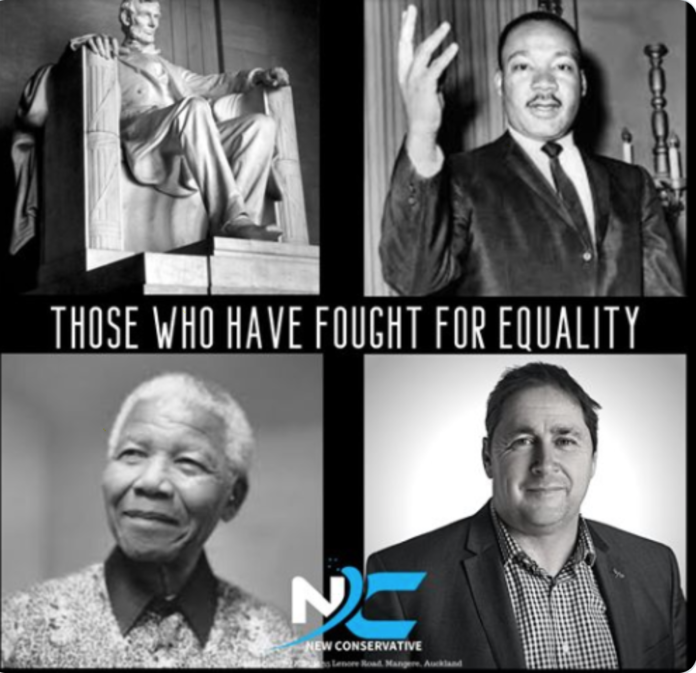 For a Party that is one burning book away from full blown fascism, the audacity of these banjo twanging Christian rednecks is fucking  breath taking…

Chong, a controversial member of the New Plymouth District Council, is known for his resistance to Māori wards on the council, flying the confederate flag and for announcing he was “ashamed” to sing the Māori version of the national anthem.

In 2018 he revealed why he was happy flying the Confederate flag as well as his decision to defend blackface being used in a Hawera parade.

…Murray Chong is a boiled ham with all the sophistication of a a hand job in a car park, for this spittle flecked redneck to have the audacity to compare himself to Mandela, Lincoln and Martin Luther King is like Judith Collins comparing herself to Mother Teresa, Florence Nightingale and Jesus.

The thing that is most ludicrous is that the New Conservatives actually believe their feral mutation of Christianity and fear of books and cliterises makes them rebels who are standing up for equality.

I yearn for election night and the sad look on their wide eyed faces as they suddenly appreciate how utterly rejected their values are by the wider culture they live in.