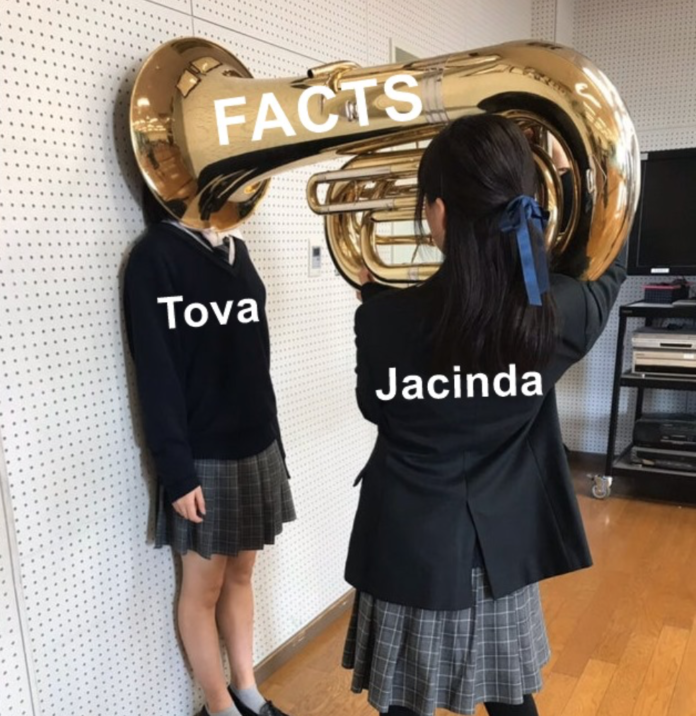 There are honestly times during Tova’s journalism that you just throw the laptop against the wall and say, ‘Oh COME ON Tova’

This is one such moment…

OPINION: Both Judith Collins and the Prime Minister’s office should have acted faster to get Andrew Falloon the hell out of Parliament.

Falloon was able to continue serving as an MP with free access around the Parliament for five days longer than he should have.

Both Jacinda Ardern and Judith Collins owe the public and the people of Rangitata – Falloon’s former electorate – an apology for allowing him to hold such a privileged role knowing what he’d done.

…Wow, that’s one hot take I certainly never expected anyone would utter.

Blaming Jacinda for Falloon is like blaming Obama for the current Covid pandemic in America!

The email was sent on Wednesday, Jacinda was briefed on Friday morning and after seeking permission from the complainant, immediately passed it to Judith who then promptly sat on it for the weekend which conveniently meant it didn’t overshadow her Infrastructure announcement and first round of weekend media appearances but then once it was expedient, she executed him in public while audaciously pretending that what she was doing was leadership.

Oh, there are questions to be asked here  but they sure as hell aren’t for Jacinda to answer, they are for Judith to explain.

Why did she wait 3 days?

Why did she take what he said about an allegation as serious as this so lightly?

Why didn’t she have her people investigate it?

Judith claims that she waited because she wanted to see him face to face, but in a situation like this, you demand he fronts and sees you immediately, not over the weekend!

With all those outstanding questions, Tova’s take is that this is also Jacinda’s fault?