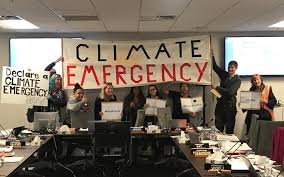 With the 2020 general election nearly three months away, a new campaign is asking voters to vote in line with the future. Vote Climate 2020 aims to highlight the opportunity to build momentum behind climate change, ensuring climate justice is a key election issue. With only three election cycles left before the window to take the necessary action to halve greenhouse gas emissions closes, the stakes for voters have never been higher, say Vote Climate.

“Our responsibility to safeguard our planet for now and future generations by voting in candidates with strong climate policy has never been so prominent” says organiser Sophie Handford.

In the 10 weeks leading up to polling day, Vote Climate is holding events across the country to encourage New Zealanders to vote climate, beginning next Friday the 17th. Events, spread across cities and regions, encompass everything from rallies to cross-party climate debates. The campaign aims to inspire voters to find more about their parties and candidates’ stance on climate change, and push every party to provide a comprehensive climate action plan that aims to keep us below 1.5 degrees of warming by halving our greenhouse gas emissions.

“Now more than ever, we need to build momentum and keep the pressure on because climate change is not slowing down – we cannot afford to slow down, in fact we need to step up our game.” said Sophie Handford.

The Governments post-covid-19 recovery has had an emphasis on shovel-ready projects so far, but as Vote Climate note, there is a unique opportunity to create transformational change throughout New Zealand’s systems to value both people and planet. Now, as we learn to adjust to a new reality, is the time to adopt the urgent action on climate change that was pushed by many last year. Voting, the campaign claims, is the best action an individual can take to get the Government to take crucial action on the climate crisis.

This year, the world has seen an inkling of what a climate-altered future could look like: the Australian bushfires, extreme events like the pandemic around every corner, political instability and tension. But activists push that a new normal could instead be a better future: it could involve a zero-carbon, inclusive economy that prioritises people and planet and limits the consequences of a warming world.

“The kōrero and support surrounding the government taking climate action was incredible, however, it’s important that we let people know that they can use their vote to make some real change happen”, said organiser Zoé de Malmanche.

Vote Climate push that the votes in this election will count: the impact of actions taken now will last for the next century. There is no more time to wait: the campaign maintains that we need action now, and as voters, we have the power to deliver that. 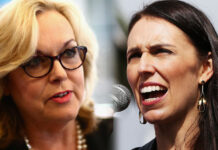 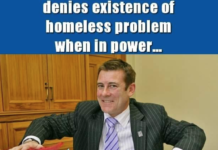