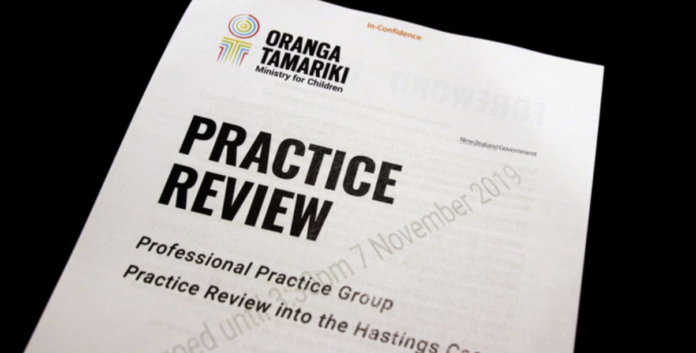 It alleges incompetence, bullying and a top-heavy management style that punishes putting the child and whanau first.

The problem with Oranga Tamariki runs far deeper than a management style, it is a horribly flawed neoliberal experiment in Welfare that the Labour Government should be ashamed of defending and supporting.

This Frankenstein monster was created under National after a critical 2015 review of CYFS that found more children abused while in State care than were being abused in the wider community. The argument was that by using Big Data algorithms, the State could step in before crimes were committed. National claimed this was about ‘saving’ the abused child, but the reality was that this was about saving money from the downstream social services kids in state care ended up costing the country.

The legal restructuring to allow this to happen saw parents unable to gain legal aid to fight uplifts, saw the legal rights of the parent watered down and the creation of an agency that had no direct oversight to such extreme powers.

The Children’s Commissioner has the ability to run annual reviews, but he can’t challenge the process directly.

Oranga Tamariki’s goal is to save the State money, the welfare of the child and whanau is secondary to that which shouldn’t surprise us, as that is the goal of almost every neoliberal welfare agency we have.

Oranga Tamariki uses Big Data to generate a threshold for intervention that removes parental legal rights in a system that has no oversight and no way for whanau to challenge the decisions.

It is an obscenity that a Government agency with this level of unchecked power can operate with such impunity. New Zealanders bled on foreign beaches to stop Governments having this type of power over their citizens, to justify the taking of infants from mothers who have just given birth based on some algorithm box-ticking game from a bureaucrat in Wellington is an abomination of social policy!

There needs to be an urgent restructure away from this madness towards a fully funded and transparent Agency where the child and family are put above the need to see these children as future costs to the State, because that mentality, seeing these children as merely lifelong burdens to the taxpayer, is justifying a process that is manufacturing misery.

The Labour Government can not be allowed to win the September election without explaining why they are so hellbent on defending such a deeply flawed neoliberal experiment.

Our vulnerable children deserve better than this!