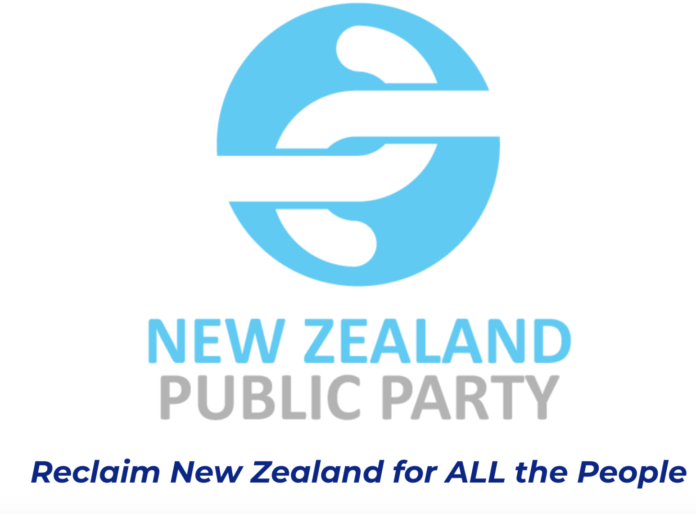 I was asked to appear last night on Te Ao with Moana on Maori TV to discuss the rising phenomena of the NZ Public Party which is led by the charismatic Billy Te Kahika.

Firstly it’s important to state that I don’t think Billy is being deceitful or malicious, he genuinely believes the things he’s saying and I’ve seen him play guitar.

I don’t think you can play guitar that well and have a spiteful soul.

I think Billy is a product of the post-knowledge death of experts culture we now live in.

Today you just go online and it tells you the answer.

The skill to critically think for oneself has been replaced by google.

Combine this with frightened citizens who are legitimately scared of the the times we live in with a social media network like Facebook that is algorithmically programmed to show you the most controversial content to create an emotional fight/flight bond to keep you online and you get ignorance, fear and manipulation all combining to create full town halls in Palmerston North and Hamilton.

That’s WHY the NZ Public Party is generating so much noise online.

But in terms of the conspiracy they believe in, it’s a mishmash of crazy that is a special type of madness.

The allegation, as I was able to piece together, is that Covid 19 is a bioengineered virus weapon that is helped in its spread by 5G technology (which apparently weakens your immune system) and was purposely released in Chinese labs to help inspire chaos that would allow for a shadowy one world Government to come out of the UN to take over the planet.

Lot’s to unpack there.

The thing I love most about this conspiracy is that the far more rational explanations seem to have been utterly ignored.

In fact there have been dozens of accidental releases from the L4 Labs and the risk analysis suggests that there is an 80% chance once every 12 years that a dangerous pathogen will be accidentally released from an L4 lab.

The L3 and 4 Labs in Wuhan were working on the bat virus and there were complaints in 2018 that they weren’t secure enough.

China’s obtuseness about when and where the virus started doesn’t help of course. Their claim that it originated at the Wuhan wet market simply isn’t true. The timeline clearly shows the virus circulated into the Wuhan wet market and super spread from there and the latest research suggests it had been floating around well before then.

So what is the most likely thing to have occurred here?

1 – A normal animal to human transmission of a virus?

2 – An accidental release of a virus?

3 –  A bioengineered virus using 5G technology to spread secretly released to inspire a shadowy one world Government taking over the planet?

Occam’s Razor suggests what is most likely to have happened is probably what has happened, and I don’t think Billy TK appreciates how incompetent the UN is.

Your average classroom of 5 year olds would have more chance of an armed bank robbery while kidnapping the Prime Minister than the UN does of setting up a shadowy one world Government.

Does any of this nonsense actually matter?

This is a liberal progressive democracy, if you honestly want to believe a genetically engineered bioweapon that uses 5G technology to spread has been purposely leaked from a Chinese lab to start a shadowy one world government out of the UN – you are absolutely allowed to.

The problem is the whole this is a horror fantasy and any action becomes justifiable against a fantasy, that’s why clowns are burning down 5G towers and let’s not forget the Australian White Supremacist who committed the Christchurch atrocity did so because he believed in the UN refugee conspiracy that the National Party were pimping right up until he committed his terror attack.

The irony in all of this of course is that there ARE conspiracies that we should all be deeply concerned and focused on.

The mass surveillance conspiracy of America and China being able to spy on us all in real time.

The Petrol companies who knew in the 1990s that they were contributing to global warming but hid it.

The tobacco companies who told us for decades that smoking didn’t cause cancer and of course if you are genuinely concerned about existential threats to humanity, this month is the 41st month in a row that NZ has recorded above average temperatures. We have Scientists screaming at the top of their lungs that unless we radically stop the pollution pumping into the atmosphere that within our lifetime we will cook the planet to the point where vast swaths of Earth are simply uninhabitable for complex civilisation.

Brothers and Sisters, there are conspiracies we should be worried about, a bioengineered virus spread by 5G to bring about a shadowy One World Government is not one of them.