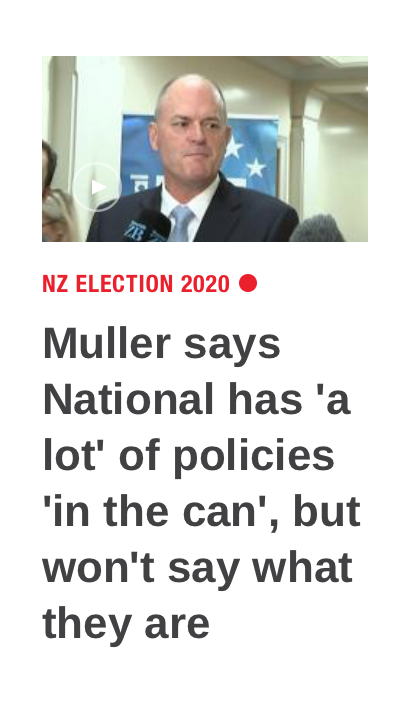 When teased on not having any policy, Opposition Leader Todd Muller stated, “I know you are, you said you are, but what am I?”